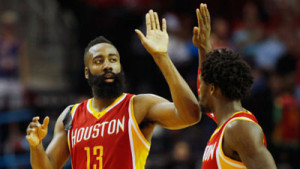 HOUSTON — NBA superstar James Harden is uniquely identified by his long flowing beard and herky-jerky game that has made him one of the game’s best shooting guards. You can now add HBCU donor to his resume. The NBA Live 18 cover boy recently donated $100,000 to Texas Southern University that is expected to be earmarked for scholarships toward assisting students in financial need, FOX 26 Houston reported.

“For us, that’s amazing, given the population of students that we serve come from what I consider to be one of the lowest socioeconomic backgrounds in the city, if not, the state or the country,” said TSU president Austin Lane. “To have that kind of an opportunity from someone like James Harden, who can help further the educational careers of those students and help their dreams come true, is just phenomenal to be able to have that kind of support from a local icon like him.”