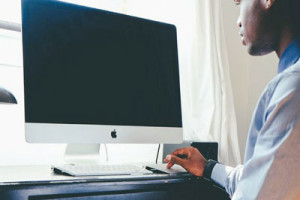 Even though Black women lost ground in the labor market last month, the unemployment rate for Black workers dipped below 8 percent for the first time since January 2017, according to the latest jobs report from the Labor Department.

Not only did the unemployment (UE) rate for Black workers improve, the labor force participation rate (LFPR), which is the share of people in the labor market who have jobs or who are looking for work, also moved in a positive direction. The labor force participation rate for Black workers increased from 62.3 percent in March to 62.5 percent in April. The employment-population ratio (E-POP), or the share of the population with jobs, climbed a few notches from 57.3 percent to 57.6 percent in April.

April was a good month for Black men over 20 years-old; the three main indicators (UE, LFPR and E-POP) all moved in positive directions. The un-employment rate for that group improved from 8.2 percent in March to 7.3 percent last month.

White working women over 20 years-old, took losses in two out of the three key market indicators last month and their unemployment rate was flat (3.5 percent), likely due to White women exiting the labor market.

April’s jobs report was a tough one for Black women over 20 years-old. For the third month in a row, the labor force rate for Black working women was flat at (62.7 percent).

Economists say that the measures of labor market indicators for minority subgroups are more prone to wild swings, because the survey sample sizes are smaller for minority workers compared to the sample size for White workers. Economists also say that the public shouldn’t make much out of a single job report and should instead watch for trends.

One of those trends, was an increase in “annual work hours for all workers, especially low-wage African American workers and women,” from 1979 to 2015, according to the Economic Policy Institute (EPI), a think tank focused on the needs of low- and middle-income workers.

In a recent post on EPI’s website, Valerie Rawlston Wilson, the director of the Program on Race, Ethnicity, and the Economy (PREE) for the think tank, noted that working moms were “significant contributors to this trend.” More than half of all Black female workers are moms compared to roughly 44 percent of white female workers.

“What’s behind this greater attachment to the labor force? For African American women, it may have to do with higher rates of Black unemployment and racial pay and wealth disparities motivating the greater intensity of work relative to other groups,” wrote Wilson. “Economic policy has unquestionably failed single working mothers, who tend to work fewer hours in lower-wage jobs and often lack necessary family work supports like paid leave, health care and retirement benefits, affordable high quality child care and more predictable work scheduling.”

In a statement about April’s jobs report, Rep. Bobby Scott (D-Va.) said that even though President Trump inherited a growing economy from President Obama, his plans to significantly cut programs that support long-term economic prosperity would only jeopardize those gains.

Scott also said that, “Republican efforts to repeal the Affordable Care Act and replace it with a plan that will cause 24 million Americans to lose their health insurance will only exacerbate the economic harm that will be inflicted on working families.”

Scott said that he hoped that the current president and Congressional Republicans would instead work with Democrats on solutions to continue to build on the historic economic growth that the nation experienced under President Obama.

The Labor Department will release its next jobs report on June 2.

Americans must stand up to disrespect to U.S. Presidency

Americans must stand up to disrespect to U.S. Presidency
[…]