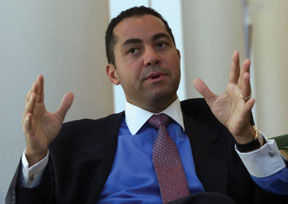 By R. Donahue Peebles (Chairman, of the Board of Directors of the Congressional Black Caucus Foundation, Inc.)

Throughout America, minority communities are being undermined by a problem that may, in some ways, be as pernicious as underfunded schools, inadequate housing, and a scarcity of public amenities like parks and libraries. It is a problem, moreover, that goes largely unnoticed and that is not fully understood, save for a few who are steeped in the issue or grapple with it daily. The problem—inadequate capital access for minority-owned businesses—is depriving minority communities of their own source of wealth and jobs.

Capital is the heart of small businesses. Businesses, in turn, are the economic pillars of our communities, providing secure jobs and the opportunity to generate the kind of wealth that can be passed down through generations. Forty percent of the net new jobs created in the past two decades were the result of hiring by new businesses. For communities that suffer from high rates of unemployment and joblessness, minority-owned firms are economic life preservers, bringing a strong tax base and economic opportunity into these underserved communities.

Lack of capital is one of the primary reasons that small businesses flounder. For new businesses, working capital bridges the gap to keep operations running smoothly and the bills paid on time. For established businesses, capital is a lifeline for expansion, allowing businesses to hire new employees, open new stores, and upgrade technology and equipment.

Access to capital is even more critical in the technology sector. Here, the impact of early-stage financing on success is tremendous. Receiving a loan increases survival probability by 51 percent, according to researchers at UCLA, NYU, and the University of Texas at Austin. Yet, minority owned firms continue to be less likely than non-minority owned businesses to receive the funding they need.

When minority-owned firms do receive loans, the dollar value is often less, while the interest rates tend to be higher, according to research from the Minority Business Development Agency. The average loan amount for minority-owned businesses with gross receipts over $500,000 is $149,000, compared with $310,000 for their non-minority owned counterparts.

The Congressional Black Caucus Foundation, Incorporated (CBCF) has long identified the importance of providing minority firms equal access to capital and the tools they need to be competitive in a global marketplace—and reach their full potential. It is for that reason that the CBCF has created its Executive Economic Summit series.

By 2050, our nation’s minority population will be the majority. The minority community is poised to play a major role in job creation and business development. But they cannot do so if the purse strings to capital access remain tied. The summit will tackle these disparities head on with solid discussions and actionable outcomes around capital expansion, entrepreneurial education and strategic partnerships.

The United States has a long, enviable entrepreneurial culture. If we are to continue as a world leader in innovation, we must foster broad participation in economic growth. This starts with removing barriers to capital expansion and empowering more entrepreneurs with the skills and resources they need to succeed. We must develop strategies and policy recommendations for achieving economic parity. And we must strengthen partnerships across the government, business and financial services sectors.

Now is the time to advance America’s promise of opportunity, prosperity, and growth for all.