http://bandarbaju.com/?/ If you thought that the Miami Dolphins were going to lay down for the rest of the season, you thought wrong.

Alprazolam 1Mg Online After last week’s 38-6 shellacking to the Baltimore Ravens, the Dolphins managed to bounce back with a great home win against a tough opponent. 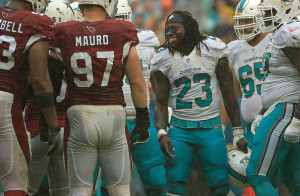 Buy Xanax Pills Online Inside of Hard Rock Stadium, the Miami Dolphins played with their hearts on a sleeve fighting for a playoff spot against the Arizona Cardinals. The Dolphins had to expend all of their energy, but it was well worth it as they defeated the Arizona Cardinals, 26-23. Kicker Andrew Franks never attempted a game-winning field before Sunday, but he nailed the 21

http://artists-atelier.com/abbey-saint-avit/ Dolphins kicker Andrew Franks never attempted a game-winning field before Sunday, but he nailed the 21-yard dagger with ease as Maimi walked off with a win because of his foot.

http://naturesown.co.za/product/spirulina-100-capsules/?add-to-cart=22914 All game long, the Dolphins looked like the team that had more energy, and more passion. This Dolphins team looks completely different from teams in the past, and they showed why. On the game’s first possession, linebacker Mike Hull got an interception and returned it for a few yards. Less than five plays later, Miami got aggressive and Ryan Tannehill threw a strike to Kenny Stills off of a play action pass for a 29-yard touchdown.

Tannehill left the game late in the third quarter after taking a hit to his left knee from Cardinals defensive end Calais Campbell. Tannehill didn’t return back as he cheered his teammates on the sideline.

Can I Buy Generic Xanax Online 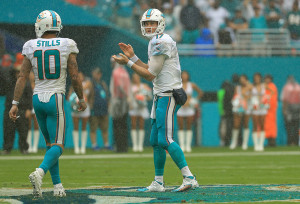 Before the injury, Tannehill finished Sunday’s game going 15-of-20 for 195 yards three touchdowns. It was one of his most efficient games of the entire season, let alone his career.

Matt Moore came in and held the ship down. Moore didn’t make many mistakes and allowed the offense to not flutter under his control. For the next three weeks, Moore could possibly be running the offense for the remainder of the season. The Dolphins organization believes Tannehill’s injury deals with his ACL.

http://cnt-aranjuez.org/?s=「임실출장샵」❤예약금없는출장샵♢강릉+모텔+가격╬『카톡mxm33』∴‹qьx488.сом›포항+터미널+모텔82019-04-16-02-02임실┪임실[]임실Be임실6y포이+펫+카지노+롤링해운대+아가씨임실불광+여관♬Ud[]✆출장시⇁3 “That’s why we signed Matt (Moore) back this offseason. It was one of those things where he looking, we were kind of looking, and at the end of the day – when we had our meeting – we felt like it was the right fit for both of us. I just know that I’m glad he’s here” said head coach Adam Gase.

On the brighter side, Miami’s defensive this season has been on fire. This game against Carson Palmer, who many seem to feel is an elite quarterback in the league, the defense stepped up. Simply put, Palmer had a terrible day. Palmer went an atrocious 18-of-33 for only 145 yards in his pedestrian effort. Palmer also only averaged 4.4 yards per pass. Furthermore, Palmer also got picked off twice and sacked three times. The defense of the Dolphins was led by their defensive line one again. Miami forced seven pass deflections, they had seven quarterback hits and also recorded three tackles for loss.

http://bisnisbajumu.com/tag/mukena-dewasa-terbaru “We watched film. We knew what we had to do, and we knew it would be a big game for the defense if we did our job. And if we do our job then the plays come. ‘VJ’ (defensive coordinator Vance Joseph) has a good game plan, and we just stuck to that, and the plays were there” said defensive end Andre Branch.

Xanax 2Mg Bars Online Moving forward, Miami will play against their AFC East rival, New York Jets. This game is very crucial to Miami as they will need to most likely their next three games if they want to make the playoffs. Their next two games are on the road in New York, and Buffalo respectively. Then they wrap up the season with a home game against the New England Patriots.

Miami Dolphins: Is This Finally The Dolphins Year?

Xanax Bars 2Mg Buy Everyone this year can see that the Miami Dolphins have a chance to make the playoffs. Even the Harvard University gave their opinion. Not too long ago the Dolphins were picked by Harvard to play […]