You didn’t think advancing in the playoffs was an easy task did you?

In case, you didn’t know, every player on the Miami Heat gets paid to play professional basketball. Just like every opponent that the Heat has faced this season.

If you’ve never watched a Heat game the entire year and just started watching during the playoffs then you would’ve thought that after the first two games the Heat played against the Charlotte Hornets that this series would be simple. You would’ve thought Miami would’ve scored at least 100 points for each game and cruise their way into the next round of the playoffs. 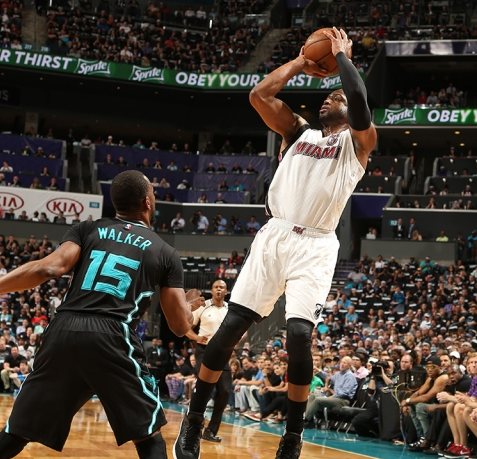 If you really thought that this series would be a sweep then you were only fooling yourself.

“Now, we have to sit back and look and don’t think it’s going to be easy. It’s good now that everyone sees this is going to be a dogfight. They’re as good a team as we are if they get to their game. And on Monday, we have to stop them from getting to it as much as they did.”

After starting the series on a hot scoring streak where Miami averaged 119 points per game, the Hornets buckled down defensively and they held Miami to their lowest output of the playoffs only allowing 80 points in game three. To contrast that from their previous success, Miami scored 72 points alone in the first half of game two, so the adjustments that the Hornets made were worthy. The Hornets stormed out with a 96-80 win in Buzz city. The win also marked the first time since 2002 which the Hornets franchise had a playoff victory.

The way Charlotte threw Miami off guard was instead of going with a smaller lineup, they played even bigger. Due to the fact that Nicolas Batum was out for game three with an ankle injury, Frank Kaminsky was inserted into the lineup and it threw Miami off. Kaminsky had the best game of his NBA career as he played well during his short time. Kaminsky finished with 15 points and six rebounds while outscoring opponents by 16 points when he was on the court. 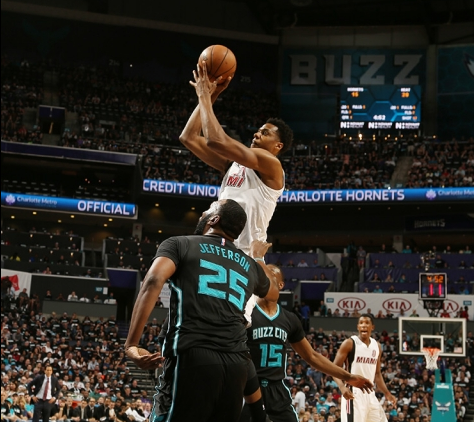 “They went really big and caught us off guard. We were prepared for Al Jefferson to post up, but they posted up on our guards. They got us into foul trouble, and that was tough. But we know what they do now. We know what they’re looking for and we can hone on that. Now we know what their different lineups are going to look like.”

With everything that went wrong during the game, by far the worst period of the series was the third quarter. Time Warner Cable Arena was the loudest it’s ever been during that third quarter. When the Hornets were up 11 after making three straight shots, Charlotte hit a huge dagger provided by Jeremy Lin and Miami never could recover from the deficit.

The good news is even with the beatdown that Charlotte gave Miami in their game three loss, Miami only needs to win one road game if they want to end the series in five.

Buzz city might’ve been swarming on Saturday, but soon enough we’ll see if their stings hurt this Heat team enough.

“LeBron is tired. LeBron is tired.” That’s all you heard in the fourth quarter when the Miami Heat were putting a 20 point beatdown on the Cleveland Cavaliers inside of the Amercian Airlines Arena. Ironically […]

Everyone expects the Miami Heat to compete for the Eastern Conference Championship this year, and their expectations are realistic. One of the reasons is because of the way that the roster is constructed. The Miami […]

30. That’s the number of days that have passed since the Miami Heat traded away one of their former players, point guard Mario Chalmers, away to the Memphis Grizzlies. It’s only 30 days since but […]