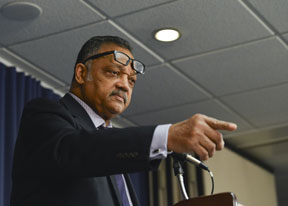 These are only a few of the most visible African-American athletes who risked their positions, their high status in our culture, their endorsements and their high salaries in the cause of civil rights and equal justice.

Not all the athletes that championed fair play were African American, of course. Roberto Clemente comes to mind immediately. Bill Walton spoke out against the Vietnam War. Billie Jean King stood up for women’s equality in sports. Brooklyn Dodgers captain Pee Wee Reese stood by Jackie Robinson out on the ball field, making it clear that the color line had been crossed for good.

Now the University of Missouri football team has shown us what real “Tigers” do when it’s time to pick up the hammer of justice.

These African-American players stood by the student protesters and hunger striker Jonathan Butler. Interestingly, their white teammates and their white coach, Gary Pinkel, then joined the cause, too. And change came to the campus.

The students and the athletes showed that they had studied Dr. King and the lessons of the civil rights movement. They were disciplined, nonviolent, focused — and they used their leverage to demand a role in their own educations.

Strategically, they chose a moment to act when they had leveraged over a million dollars in potential TV revenues. It was smart organizing, and it worked. As the old saying goes, rabbit hunting is a lot less fun when the rabbit has a gun.

In this case, of course, the “gun” was nonviolent protest against racial injustice.

Today’s colleges spend a lot of time recruiting African-American athletes but much less time recruiting young African-American scholars. No expense is spared to develop a young halfback, but fewer and fewer Pell Grants are available to support young chemists. Good athletes are awarded scholarships (unless they get hurt), while their universities reap millions in tickets sales and revenue from jerseys and sports bling.

Athletic departments are supposed to be appendages of universities, but it often appears that the reverse is true. African-American players are empowered on the field, but much less so in the classroom.

Think about college basketball. The entire sports world focuses on “March Madness,” when integrated teams from all over the nation compete for sports glory. But what about “May Sadness,” when graduation time comes and many athletes are left behind and left out?

Meanwhile, good minority students — and many, many good white students — struggle to pay excessive tuition and fees, too often ending up buried under massive loans, which will hem them in for decades.

On Saturday afternoons, those of us who are sports fans choose to root for our teams based on uniform color rather than skin color. This was not always so. It’s a change in American culture that deserves celebration.

And it teaches us a lesson for the rest of society, because young African Americans can compete and excel when the playing field is level, when the rules are public, when the goals are transparent, when the referees are fair.

Our sports playing fields are level, and our teams are diverse, multicultural, multiracial and successful. Our societal playing fields are not so level, are less diverse, and the rewards are less evenly shared. College campuses are good places to learn this lesson and to begin to discuss how to do better.

We have learned to survive apart as individuals; but in the globalized 21st century — where most people are yellow, brown, Black, non-Christian, poor, female, young and don’t speak English — we need to learn how to live together to prosper.

The Missouri student/athlete protests just taught us a lesson in non-violent change. We should learn from it.

Disproportionately, young African male college students and others are being summarily expelled from college based solely on mere allegations of sexual misconduct violations of Title IX rules without any due process of law or findings of fact. College administrators are arbitrarily determining that these targeted students are guilty and expendable until their innocence is proven. […]