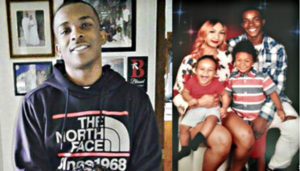 BALTIMORE, MD – The National Association for the Advancement of Colored People (NAACP), the nation’s premier civil rights organization, issued the following statement following the fatal shooting of Stephon Clark by a Sacramento police officer and the acquittal of the officers involved in the shooting of Alton Sterling in Baton Rouge in 2016.

“The NAACP fiercely condemns these recent examples of our justice system’s failure to protect Black lives. Stephon Clark’s death is the latest chapter of the ongoing epidemic of police brutality in our nation and Louisiana Attorney General Jeff Landry’s announcement that no charges would be filed against the officers involved in Sterling’s death represents an all too familiar epilogue to that narrative.

“While our nation engages in a critical discussion on gun violence, we must not ignore the continual stream of men, women, and children whose lives are lost to police firearms. African Americans make up less than 13 percent of the total U.S. population but account for 23% of those shot by police in 2017, according to the Washington Post.

“We are tired of the apologies, tired of murder being justified on the sole basis that an armed officer feared harm. This is not right and the NAACP refuses to accept this. We demand justice in the case of Stephon Clark. We extend our deepest condolences to the Clark family, and we stand in solidarity with the citizens of Sacramento voicing their pain through protest regarding the unnecessary and vicious murder of this young father of two. We stand with our Sacramento Branch and our California/Hawaii State Conference President Alice Huffman in calling for a thorough investigation and the vigorous pursuit of justice for the Clark family.

“In a video released recently, we see the graphic violence used by the officers in Mr. Sterling’s last moments – methods so forceful they led to the dismissal of one officer and suspension of the other. It is hypocritical that the Baton Rouge Police Department recognizes these officers are culpable for Mr. Sterling’s death, yet no criminal charges have been brought against them. As we await the release of additional videos depicting the events around Mr. Sterling’s killing, we continue to see attempts to blame Mr. Sterling for his own death.  As with news stories about Mr. Clark’s past record, we need to recognize these as what they are: deflections.  These deflections cannot take away from the undeniable truth that we are being killed by police who walk away free, continuing to live their lives while families mourn, and communities live in fear.

“Although the White House would have us believe that the killings of Mr. Sterling and Mr. Clark are simply ‘local matter[s]’, we know better.  The federal government has a duty to enforce federal civil rights laws – a duty to ensure that we live in a nation where local authority do not kill us with impunity.  We refuse to accept the White House’s abdication of responsibility.  As we embark on our remembrance of the 50th anniversary of Dr. King’s murder, we challenge this administration to commit to vigorously enforcing the civil rights laws that form a central part of his legacy.

“Mr. Clark’s and Mr. Sterling’s deaths are tragic examples of law enforcement’s failure to adequately protect those they are sworn to serve. We will do everything we can to put a stop to this enduring injustice.”