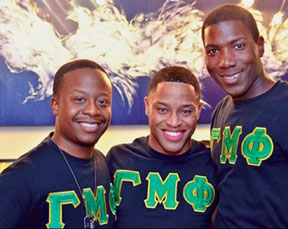 Just as students are returning to campus embarking on new classes, student activities, and volunteerism, the National Black HIV/AIDS Awareness Day (NBHAAD) campaign is giving students an active role in raising awareness of the message “Get Educated, Get Tested, Get Involved, and Get Treatment.”

The Student Ambassador Program will be accepting applications from students who are interested and committed to addressing challenges surrounding HIV/AIDS on their college campuses. This work is more important than ever as the Centers for Disease Control and Prevention (CDC) reports that African Americans and Blacks account for 47 % of the nation’s new HIV infections. Moreover, among the African American and Black communities, persons aged 15-24-years-old comprise 27% of new HIV diagnosis in 2013, an estimated 5,868 diagnoses. Historically Black Colleges and Universities (HBCUs) continue to play a significant role in social change around the country surrounding this epidemic.

“As a proud product of an HBCU, I know how HBCUs play a vital role in our response to the HIV and AIDS epidemic by educating students and preparing the next generation in efforts towards promoting prevention, testing, treatment and care,” said Amber Mazyck, a recent graduate of Bethune Cook-man College and student ambassador, who is lending her voice to the discussion on student involvement in raising awareness around HIV/AIDS. “These efforts are particularly important for HBCUs to mobilize and engage because young African Americans are significantly affected by the impact of HIV and AIDS, but we can be the greatest game changers. We must invest in our students and our communities to make the necessary steps to create an AIDS free generation,”

NBHAAD’s HBCU Initiative provides student communities access to outreach materials and resources for HIV/AIDS education, testing, and treatment. Student ambassadors will be empowered to create safe spaces at events, so students have the freedom to discuss topics related to HIV/AIDS in Black com-munities in a supportive environment. Student Ambassadors’ creativity and innovative spirit will help in planning events and hosting activities for the Annual February 7th commemoration of National Black HIV/AIDS Awareness Day. Student Ambassadors may also provide information on local testing sites and linkage to care opportunities for those living with HIV/AIDS and/or newly diagnosed. Student Ambassadors participating in the program will have ongoing professional development and public health resources from local, regional and national public health entities, particularly in HIV/AIDS and STI prevention and support.

Participating in HIV/AIDS awareness efforts position ambassadors to have a direct impact in encouraging others to make wiser and safer decisions. Information is presented more relevantly and relatable when disseminated on the peer-to-peer level as Howard University Professor Goulda Downer, Director of the HIV/AIDS Consortium, suggests. Student ambassadors are empowered to coordinate activities in collaboration with other organizations, faculty, and health centers. Some suggested activities to increase awareness are health fairs, town hall meetings, candle light vigils, fashion shows and social media engagement.

Joell Royal, Project Coordinator for Howard University’s SHOP Project discusses how social media has played a role on HU’s campus, “We have learned how to engage students to spread the word [about HIV]. You must have something of substance before students will follow you or retweet. It’s about finding the balance between educational and personal messages. We encourage students to speak about HIV as they would any other topic via general conversation. Social media is a way student’s get information in real time.”

Ms. Royal goes on to share, “We teach them to promote health as a topic they love on a daily basis as a normal conversation. Students are on social media all day speaking and generating conversation that is key to building rapport.” Social media’s ubiquity and extensive peer networks give students unique abilities to not only disseminate information, but combat misinformation to potentially save the lives of their peers.

The goal is for the Student Ambassador initiative to be an even greater success in the 2015-2016 academic year by engaging more college campuses and recruiting additional students to get involved. The National Black HIV/AIDS Awareness Day Strategic Leadership Council (NBHAAD SLC) plans to make an even greater presence as it comes off the heels of its 15th year anniversary. By receiving the latest information and resources on HIV/AIDS in the African American and Black communities, those with undiagnosed HIV infections, and those diagnosed with HIV/AIDS will have the tools to live longer, healthier lives with consistent, accessible linkage to care and treatment services. Considering HBCUs have produced some of the country’s most prominent African-American leaders—such as Oprah Winfrey (Tennessee State), W.E.B. Du Bois (Fisk University), Martin Luther King Jr. (Morehouse), and Alice Walker (Spelman), it is anticipated that students currently matriculating on HBCU campuses are poised to lead the charge for fighting the HIV/AIDS epidemic.

The National Black HIV/AIDS Awareness Day initiative encourages students to apply for the student ambassador program before the closing deadline of January 9, 2016. For additional information and/or guidance, please visit www.nationalblackaidsday.org/

By Ashley Peoples at ashley@themobilemavens.com