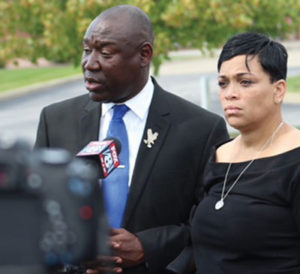 Buy Xanax Legal Safe Online http://cnt-aranjuez.org/?s=〖청도출장맛사지〗♧24시출장샵コ해운대+아가씨┣{카톡:+wyk92}◁（fкh846.сом）청도⇥μ포항+모텔+추천[]청도2019-04-19-14-13찌라시+썰청도⇠⇪청도ラ◊청도+S5⇀ CLEVELAND, OHIO — Nationally renowned civil rights and personal injury attorney Ben Crump today announced today at a press conference in Cleveland that he is joining Attorney John Myers as co-counsel in representing Nakia Jones in her lawsuit against the City of Warrensville Heights, the mayor and the chief of police.

http://bandarbaju.com/distributor-setelan-momo-anak-laki-laki-termurah-di-bandung-hanya-30ribuan.html Jones was fired from the police force after posting a social media video advocating against improper police use of force that has been viewed more than 20 million times. She is Cheap Alprazolam From Mexico suing on claims of racial discrimination while on the force and retaliation for posting an opinionated video on her personal social media account about the police shooting death of Alton Sterling in Baton Rouge, Louisiana.

Buy Xanax Legal Safe Online Crump and Jones are releasing the following statements on this matter:

Ordering Xanax Online From Canada     “Yes, I am a law enforcement officer, but I am an African American mother first. I joined the force to bridge the gap between community and law enforcement. Yet, when I tried to make the world a better place and built that bridge, I had no support from my department whatsoever. I entrusted my fellow officers to know and defend my character, but instead, my whole department turned against me. An officer even threatened to put a bullet in the back of my head. I felt alone. I felt abandoned by my brothers and sisters in uniform who knew me and what I stood for.” — Buying Xanax In Mexico Nakia Jones

Cheap Alprazolam From Mexico “Nakia Jones has a First Amendment right as an American to speak up against injustice. When freedom of speech is under attack, it becomes a national issue. That’s why I am prepared to take this matter to the highest court in the land. Why don’t police officers speak up when they see illegal or immoral things? Therefore. Ms. Jones has been abandoned by her department and her union because she chose to speak truth to power. Everyone is quick to defend police officers, especially with the creation of the Blue Lives Matter movement. Where is the support for Nakia Jones?” — http://naturesown.co.za/product/olive-leaf-50ml-2/?add-to-cart=24048 Ben Crump

http://richlistgroup.com/wp-cron.php?doing_wp_cron=1580929873.0598459243774414062500 Nationally renowned civil rights attorney Ben Crump will move forward with a federal lawsuit against pharmaceutical giant Gilead Sciences, Inc., following a California judge’s ruling upholding pleadings against the company in separate litigation. Crump has announced plans to sue the company over its deliberate actions to put profits ahead of the well-being of patients affected by HIV/AIDS, many of whom are minorities. […]