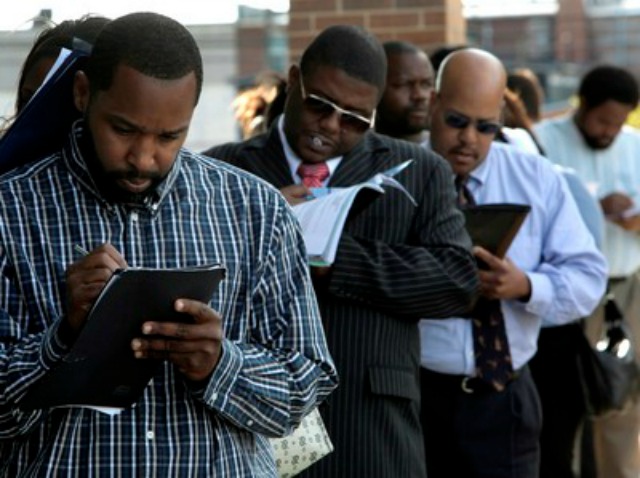 Not that cable news culture and George W. Bush‘s political career aren’t strong enough indicators of this factoid, but I can always count on a poll to convey just how information-challenged many Americans are. Sometimes I can’t help but laugh, though in instances like these all I can do is get angry. According to an NBC News/Wall Street Journal poll released Thursday, way too many of your fellow citizens are operating under the dimwitted assumption that “government welfare” is to blame for poverty rates.

Yes, after being given a list of eight factors and pressed to choose on what would be the most responsible for the continuing problem of poverty, 24 percent of respondents selected “too much government welfare that prevents initiative.” To quote my namesake and his ultra-talented kid sister, “Make me wanna scream.” And curse (this is the remix).

‘Lack of job opportunities’ was the second most popular answer, at 18 percent, followed by  ‘lack of good educational opportunities’ and ‘breakdown of families,’ with 13 percent apiece.

The other four options in the poll, in descending order, were ‘lack of work ethic,’ ‘lack of government funding,’ ‘drugs,’ and ‘racial discrimination.’ Eight percent of respondents said that all eight factors were equally responsible.

In other words, the second and third responses, which actually have something to do with the multifaceted problem, aren’t getting the attention they deserve. As for “breakdown of families,” “lack of worth ethic,” and “drugs,” hello, poor bashing and thinly veiled racial coding, have a seat…in hell.

Despite President Bill Clinton’s welfare reform — of which I’m not a fan of, for the record — Americans continue to think that the federal government is one big sugar daddy for the country. You know, for all of the lazy, good for nothing, shifty  Americans who would rather sit on their butts and collect a check than work.

This troubles me most given that the longer Americans think like this, the longer it’ll take for us to collectively push our leaders to enact the sort of policies that could truly deal a fatal blow to poverty.

Interestingly enough, this poll was released a day prior to Friday’s job report, which finds that there is growth, though much of that is concentrated in low-earning wages. It’d be too right if those same 24 percent of Americans in that poll would trouble themselves in to learning more about the cycle of poverty and how it begins.

Friendly tip: it doesn’t begin by way of a wave of government handouts.

The jobs report on Friday was middling at best: decent but not exciting job growth at 175,000 and a very slight uptick in unemployment to 7.6 percent. There were some areas that saw strong growth, however. Yet even that news may not be all positive, as the jobs that were created were in low-wage industries.

Some of the strongest job growth in May was in leisure and hospitality, which added 43,000 jobs, 38,100 of which were at bars and restaurants. Retail also added a lot of jobs, growing by 27,700. While growth in these areas is perhaps a sign of stronger consumer spending, these jobs are mostly low-wage and low-benefit. They also tend to have erratic scheduling, in which employees may not know their schedules ahead of time, and many workers struggle to get enough hours to support themselves.

Thanks to Congress, we’re not pushing for the kind of innovation and infrastructure building that would lead to the sort of jobs that pay livable wages.

The longer they take to focus on these important solutions, the deeper of a hole we’ll be in. The same can be said about addressing the education gap, growing teen unemployment, massive college loan student debt, and so forth.

We’ve essentially allowed the Tea Party and right wingers to successfully push the narrative that it’s poor people’s fault for their problems, which is ridiculous given that many so called “middle class Americans” are finding themselves increasingly toeing the poverty line.

People tend not to see someone else’s reality until it becomes their own.

I’d be fine with that if that sort of ignorance didn’t come at the expense of those suffering. We’ve got to do better to fight this ridiculous myth about the role government aid plays in fighting poverty.

In fact, for you naysayers, take a gander at how Brazil has nearly eradicated their extreme poverty:

President Dilma Rousseff on Tuesday raised the monthly stipend of 2.5 million people living below the poverty line to make good on her promise to eradicate extreme poverty in Brazil, a nation with enormous income gaps between rich and poor.

She said she has almost met her anti-poverty target halfway through her four-year term, though Brazil’s last census points to 700,000 Brazilian families who still live in extreme poverty but are not registered on government social programs.

Brazil is fighting off poverty by handing their most impoverished money — and it’s working. On this plan, Rousseff said earlier this year, “We are turning the page on our long history of social exclusion that had perverse roots in slavery.”

Sounds familiar, doesn’t it? If only more Americans listened.

Michael Arceneaux is a Houston-bred, Howard-educated writer and blogger. You can read more of his work on his site, The Cynical Ones. Follow him on Twitter: @youngsinick