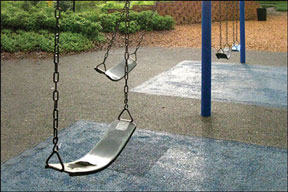 Trauma impacts the trajectories of girls of color.

A new study from the National Women’s Law Center (NWLC) explores the barriers that stand between girls of color and their education.

“Stopping School Push-out For: Girls of Color” is  one in a series of seven reports crafted using data from the organization’s national “Let Her Learn” survey of 1,003 girls ages 14 to 18 conducted in January. The survey asked participants about their lives in several areas, including their exposure to sexual violence, their proximity to immigration issues and their experiences with law enforcement. Researchers also examined existing data for trends.

Here are the key points from the report, as outlined in a statement posted by NWLC.

“These reports and data should sound an urgent alarm for policymakers, educators and communities,” Neena Chaudhry, NWLC’s director of education, said in a statement.

”The trauma that so many girls of color experience affects not only their mental and physical health but also their ability to concentrate, feel safe, and stay and do well in school. And yet our survey also showed that, despite the barriers they face, girls of color are resilient and want to succeed and go on to college. We need targeted policies to help these girls stay and thrive in school.”

The report concludes with recommendations for policymakers, educators, parents and advocates to help girls surmount these barriers. Head to LetHerLearn.org to join the fight.

Other reports cover the lived experiences of girls with disabilities, those with children, those who are experiencing homelessness, those who identify as LGBTQ and more. Access them all here.