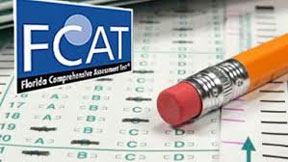 Florida will be parting ways with the Florida Comprehensive Assessment Test (FCAT) in 2015, a mainstay in the state’s schools for more than 41 years. Pam Stewart, the state’s education commissioner, announced on March 17, that she has approved a six-year contract with a not-for-profit outfit to develop a new test that students will be required to take a year from now to reach graduation requirements. Stewart’s decision to approve the $220 million contract with American Institutes for Research marks yet another significant step toward the state’s transition away from the FCAT, which has attracted both praise and scorn due to the way it has transformed the state’s public schools and graduation rates.

The new tests will include more than the multiple-choice questions that are a framework for many standardized tests, including the FCAT. Paper and pencil will first be used to complete the tests initially, but schools will gradually transition to online testing. Students will be asked to create graphs, interact with test content and “write and respond in different ways than they would on traditional tests.” The new questions will assess “higher order thinking skills” that are part of the “higher expectations” included in the state’s new standards. Former Gov. Jeb Bush made the FCAT the centerpiece of his A-through-F school grading system. The test results were not only used to evaluate schools and their learning procedures, but also to determine whether third-graders should be held back or whether high school students were fully equipped to graduate.

The debate over the FCAT even triggered the change in state law over when the school year would start and end. The new test will be based on a new set of standards that are based largely on the contentious Common Core State Standards. Florida officials added to the math and English standards as well as a requirement for cursive writing. But this change has not ended the backlash against Common Core. Florida was initially part of a national consortium developing a Common Core test, but the state pulled out of the Partnership for Assessment of College and Career Readiness at the urging of Gov. Rick Scott and legislative leaders.