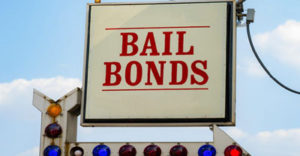 There is an old saying that “elections have consequences” and in Harris County, Texas, that saying has new meaning.

There was heavy pushback against bail reform in Harris County, mostly from the Republican judges who had served on the bench for years, which caused backlash amongst many activists and community leaders. That backlash resulted in Harris County voters showing up to the polls and sending those judges packing, allowing a new crop of Democratic judges to take up the issue of bail reform in a swift and more progressive manner after being sworn in on January. This new slate of 15 Democratic county judges recently held a major press conference at the Barbara Jordan-Mickey Leland School of Public Affairs building located at Texas Southern University, along with Harris County Criminal Court at Law Judge Darrell Jordan, who has been on the bench since 2017 and who was the first judge to implement bail reform locally, and many other key county elected officials such as new County Judge Lina Hidalgo, and other activists and community leaders, to unveil significant revisions to Harris County’s current bail system.

Jordan announced the passage of Local Rule 9.1, which is a new bail rule that was drafted by the judges, with significant input from Harris County Sheriff Ed Gonzalez, Harris County District Attorney Kim Ogg, as well as from the lawyers who represent the indigent defendants that have been impacted by Harris County’s unconstitutional bail system.

The county contingent believes this change will finally bring effective bail reform to Harris County, and they plan to present this adopted new bail reform change to a federal judge to request it be implemented immediately in order to settle the civil rights lawsuit that has been filed against Harris County. According to county officials, Harris County has spent roughly $9 million in public funds on three outside private law firms to defend itself against the 2016 lawsuit that brought by two civil rights groups and a local law firm on behalf of indigent defendants who could not pay the necessary money to be released from jail.

“We want to settle this within the first 30 days of the new judges taking office,” said Jordan. “I am pleased that we were able to collaborate to ensure we came up with a rule that was in line with national best practices and something feasible for all parties to carry out. Due to the pending lawsuit we have to request to operate under our new rule. This will be a joint motion from the plaintiffs, DA, Sheriff, and the judges. It is our plan to have this up in running in the next 35 days.”

Under the new bail reform changes, 85 percent of individuals who are arrested on misdemeanor offenses will automatically qualify for release on no-cash bonds, according to county officials.

There are some offenses, for which there are absolutely no exceptions. Those who are not eligible to benefit from the new bail reform rules changes include individuals who have violated bond conditions in an open case, have been charged with domestic violence, have violated a protective order and are facing repeated drunk driving offenses.

Under the proposed new changes, defendants will appear before a magistrate or judge within 48 hours, at which time they may also qualify for a personal recognizance bond.

“This is a history making moment for civil rights not only in Harris County but for the U.S., because as the third-largest county in America, which is larger than 26 states, what we do here will be watched by all and can be emulated or replicated by all,” Jordan continued. “This is significant because what this also means is that no one will be in jail because they cannot afford to get out.”

Back in 2017, Chief U.S. District Judge Lee H. Rosenthal of the U.S. District Court for the Southern District of Texas handed down a historic 193-page decision, finding that the Harris County money bail system was unconstitutional and ordered Harris County to stop keeping people who had been arrested on misdemeanor charges in jail because they could not pay bail.

In her ruling, Judge Rosenthal highlighted statistics that revealed that 40 percent of the people who had been arrested on misdemeanor charges in Harris County had been arrested and jailed until their cases were resolved, and wrote in her ruling: “Harris County’s policy is to detain indigent misdemeanor defendants before trial, violating equal protection rights against wealth-based discrimination and violating due process protections against pretrial detention.”

This is huge news for many Black, Latino, poor and disadvantaged Harris County residents, who have fallen victim to this law.

Commissioner Ellis believes the new rule changes enacted by the newly elected Harris County Criminal Court judges, who have only been in office for less than a month, demonstrates a clear commitment to upholding the Constitution and finally settling the bail lawsuit in Harris County.

“For too long in Harris County, money has determined whether a person languishes behind bars, separated from their family and denied due process because they cannot afford bail for nonviolent misdemeanors, while others — even those charged with violent crimes — are able to walk free if they can put up the cash,” said Commissioner Ellis. “This is an overdue first step toward leveling a two-tiered justice system, where access to justice, liberty and due process has been based on how much money a person has in their pocket instead of their guaranteed constitutional rights. Harris County will no longer be the largest county in the nation to violate the Constitution with its misdemeanor bail procedures. Instead, Harris County now has an opportunity to take the lead in implementing a holistic pretrial system for misdemeanor cases that upholds the Constitution, safeguards due process and protects our communities.”

Tarsha Jackson, who serves as the director of the Texas Organizing Project’s Right2Justice campaign, released a statement on the bail reform plan unveiled by Harris County, saying:

“Elections have consequences, and this is why TOP devoted so many resources to elections to build the progressive infrastructure that made this bail plan possible. When we launched TOP’s Right2Justice campaign in 2015 after Sandra Bland died in a jail cell in Waller County, one of our priorities was to end the money bail system that kept Ms. Bland behind bars simply because she couldn’t afford the $5,000 bond. The plan offered this week is a monumental start, but there’s still work to be done. We look forward on continuing to work with our elected officials and the community to take on bail reform for felony charges. Money should never be the deciding factor whether a person is released from jail or stays locked up.”

Judge Rosenthal’s ruling served as a severe blow to Harris County, and the results of the midterm elections seemingly delivered the knockout punch needed to reform the bail system, which is a major part of the overall criminal justice system, in Harris County.

As a result of these new proposed bail reform changes, it appears that other Texas counties that have bail systems that mirror that of Harris County’s unconstitutional bail system could finally see changes coming their way real soon as well. Time will tell.

In the meantime, the National Newspaper Publishers Association will continue to monitor the issue as it unfolds, particularly during the current Texas Legislative Session, where state legislators could effectively pass comprehensive bail reform legislation that would legally force the rest of the state of Texas to transform their current bail systems to do what is right and fair for all Texas residents. The results in Texas could bode well for other states across the country.

Attempt by hedge fund billionaire Louis Bacon of KKK heritage to end legal effort of an indigent disabled Black woman on social security reveals that unbeknownst to her, his Hollywood superstar lawyer, Marty Singer, was also secretly embedded in her legal camp. […]