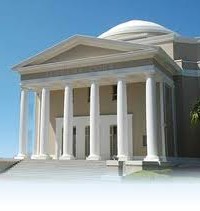 THE CAPITAL, TALLAHASSEE, January 17, 2013………An undocumented immigrant seeking Florida Supreme Court approval to practice law has received a boost from an Obama administration policy aimed at helping young illegal immigrants stay and work in the country.

Jose Godinez-Samperio, who came to the United States at age 9 from Mexico and graduated from the Florida State University law school, has been approved under the federal policy for a work permit and continued residency, according to a Supreme Court document filed Wednesday by his attorney, former FSU President Talbot “Sandy” D’Alemberte.

Also, the document indicates Godinez-Samperio has received a Social Security card and a Florida driver’s license. The Supreme Court heard arguments in October about his attempt to practice law, after the Florida Board of Bar Examiners asked the justices for guidance.

“(Godinez-Samperio), having complied with all requirements for admission to The Florida Bar, and now, provided with work authorization from the federal government, requests that the court grant him admission,” D’Alemberte wrote in the document.

It remains unclear when the Supreme Court will issue an opinion on the issue. During oral arguments, justices questioned whether federal law barred them from giving approval to Godinez-Samperio.

Obama in June announced the policy that seeks to help young people who were brought into the country as children, received educations and stayed out of trouble. People whose applications are approved are shielded from deportation proceedings and can get work approvals.

D’Alemberte has argued for months that the new immigration policy should help Godinez-Samperio get approval to join the Bar. While Godinez-Samperio came to the country legally, his parents let their visas lapse.

“(Godinez-Samperio) came to the United States when he was nine years old, and, during his residency in the United States has had a distinguished record — learning English, graduating from high school as valedictorian, earning his Eagle Scout badge, graduating from New College and graduating with honors from the Florida State University College of Law,” D’Alemberte wrote in this week’s document. “He has taken and passed the bar exam.”

Jay-Z At Ohio Obama Rally: “I Got 99 Problems But Mitt Ain’t One”

Jay-Z performing at a rally for President Barack Obama in Columbus, Ohio (Photo Credit: Getty Images) You can take the man out of Brooklyn, but you can’t take the BK out of the man. Shawn “Jay-Z” […]

Obama at Newtown vigil: ‘God has called them all home’

The president spoke at a vigil for the victims of the Sandy Hook Elementary School shooting in Newtown, Connecticut