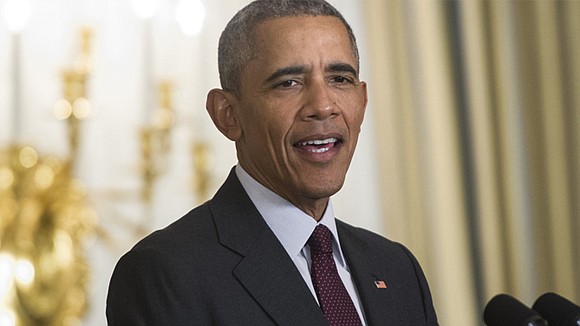 President Barack Obama plans to announce Monday that the nation’s high school graduation rate has reached a record high of 83.2 percent, according to the White House.

How To Buy Xanax Pills At his speech at Benjamin Banneker Academic High School in Washington, D.C., the president will also highlight several of his education initiatives that enabled the improvement.

Graduation rates have increased by about 4 percent since the 2010-2011 school year, when all states began using a consistent, four-year adjusted measure of high school completion. Students in every category made steady progress during President Obama’s time in office. Notably, Black and Hispanic students are closing the graduation gap with Whites and Asians.

Xanax Online Prescription In the 2014-2015 school year, Asian students topped the list with a 90 percent graduation rate, followed by Whites, who reached the 88 percent mark. Black (75 percent) and Hispanic (78 percent) students lagged behind. But their graduation rates have increased significantly since the 2010-2011 school year: 8 percent for Black students and 7 percent for Hispanics.

Schools in the District of Columbia made the most progress nationwide from 2013 to 2015, climbing 7 percent. The administration credits President Obama’s main education initiative, Race to the Top, for the improvement. The $4.3 billion program, first announced in 2009, offers competitive grants for school districts to implement systemic reforms, as well as programs aimed at adopting college and career-ready standards for teaching and learning.

http://artists-atelier.com/chateaux-painting-holidays-newsletter-2012-►-dates-2013/?share=google-plus-1 The White House noted that the District of Columbia is also a leader in offering high-quality preschools, one of the president’s top education priorities. President Obama invested $4 billion in Head Start and $1.75 billion in Preschool Development Grants and Race to the Top-Early Learning Challenge grants.

Some of the other programs President Obama will highlight today include his 2013 ConnectED initiative, which seeks to connect 99 percent of students to high-speed broadband by 2018. That will help to close the so-called homework gap.

http://richlistgroup.com/?id=How-To-Buy-Xanax-In-Australia The Pew Research Center estimated last year that about five million households with school-age children can’t afford Internet service. Not having broadband at home makes it difficult for students from low-income families to complete the increasing number of school assignments that require online access.

Buy Alprazolam Powder Online In public schools in the United States, Black children are twice as likely as white children to be subject to corporal punishment. […]

Where Can I Buy Alprazolam Cod