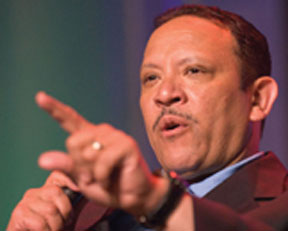 One nation, one flag

“A house divided against itself cannot stand…  I do not expect the Union to be dissolved — I do not expect the house to fall — but I do expect it will cease to be divided. It will become all one thing or all the other.” – President Abraham Lincoln, House Divided Speech, June 1858

During a South Carolina gubernatorial debate last year, when the topic of the Confederate battle flag on the State Capitol grounds came up, Gov. Haley insisted there was no need to remove the flag. Eight months later, in the aftermath of last week’s racism-fueled, shooting massacre of nine innocent people at the Emanuel A.M.E. Church in Charleston by a white supremacist seen in pictures posing with the same flag that flies at full-staff on statehouse grounds, Governor Haley finally called the for flag’s removal:

“We know that bringing down the confederate flag will not bring back the nine kind souls that were taken from us, nor rid us of the hate and bigotry that drove a monster through the doors of Mother Emanuel that night. Some divisions are bigger than a flag… But we are not going to allow this symbol to divide us any longer. The fact that people are choosing to use it as a sign of hate is something that we cannot stand. The fact that it causes pain to so many is enough to move it from the Capitol grounds. It is, after all, a Capitol that belongs to all of us.”

I applaud Gov. Haley’s swiftness and resoluteness in calling to remove the flag—a powerful symbol and reminder of a dark time in our shared American history—from Capitol grounds.  Already, South Carolina lawmakers have agreed in large numbers, and across the aisle, to debate the removal of the flag this summer. This is an important step, but it is only a first step.

We know that our work on this pressing issue will not be done until the flag comes down. That is why the National Urban League and its South Carolina affiliates have launched the “One Nation, One Flag” campaign. The campaign will support the efforts of South Carolina’s legislators to end public displays of the Confederate flag in its state; it will advocate for the removal of the Confederate flag from all public spaces around our nation; and it will promote the United States flag as a symbol of unity, tolerance and justice. Our campaign has adopted the social media hashtag #OneNationOneFlag as a companion to #TakeItDown, and we are also urging like-minded people to sign the petition for the flag’s removal at IAmEmpowered.com.

National debate and division over this flag is nothing new and it has been re-ignited in the wake of this shocking and tragic hate-crime. The flag—born from the violence of division as southern states fought to secede from the United States—was first raised atop South Carolina’s Capitol dome in 1962, ostensibly as commemoration of the centennial anniversary of the beginning of the Civil War.  But many historians agree that the flag was raised in to demonstrate South Carolina’s defiance of desegregation and the Civil Rights Movement.

Still, there are those who revere the flag as a symbol of the unique heritage of the southern states and a symbol of the battle for states’ rights, but for many others—the flag flown as a preeminent symbol for slave-holding states—it is a vestige of human bondage, brutal oppression, racial hostility and the ideology and violence of white supremacy. The public sanction of any symbol of hatred and torture will serve only one purpose: to keep our nation—our house—divided. Now is the time for reconciliation. Now is the time for the flag, and all flags that do not promote unity, to come down.

Public officials and lawmakers across the South are adding their voices to the growing chorus of those calling for the removal of these Civil War vestiges from their capitals and public spaces. In Alabama, the governor has ordered Confederate flags to be taken down from the state Capitol grounds. In Mississippi, a Republican legislator has publicly called for the removal of the Confederate emblem from the state flag. Major retailers across the country (Walmart, Amazon, eBay and Sears) have announced bans of the sale of any merchandise displaying the confederate flag. An eBay spokesperson explained it was banning the sale of the Confederate flag and items with its image because the flag has “become a contemporary symbol of divisiveness and racism.”

If you believe symbols of hate and division have no place in our public spaces: take action. If you believe that right now—through horrible circumstances— we have a meaningful opportunity to make those nine lost lives matter and to unite our divided house and form that elusive “more perfect union:” take action, join our campaign. The National Urban League will not rest until the final vote is taken in South Carolina’s statehouse. We will not rest until these vestiges of slavery become our nation’s past and stop dividing us in the future.

Were Blacks systematically eliminated from New Orleans after Katrina?

Were Blacks systematically eliminated from New Orleans after Katrina?
[…]

Baltimore and the dynamic of racial déjà vu

Baltimore and the dynamic of racial déjà vu
[…]