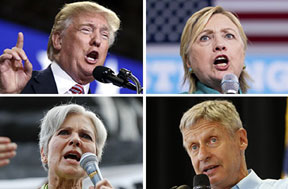 In an effort to hear what issues Black women are most concerned with this election cycle, Higher Heights asked Black women across the country (at events and online), what is the most important issue facing Black women and their families. 49 percent stated that economic security was the most pressing issue.

No wonder this was the top response, considering Black women are paid just 60 cents to every dollar paid to a White man.  In addition to economic security, the other top issues included Education Equity (19%), Police Violence (16%) and High Quality Affordable Housing (14%).

According to 2013 U.S. Census data, 71 percent of Black women are in the labor force (69 percent for women overall).  Black women are more likely than women nationally to work in the lowest-paying occupations (like service, health care support, and education) and less likely to work in the higher-paying engineering and tech fields or managerial positions.  The U.S. Bureau of Labor Statistics shows that the percentage of Black women who are full-time minimum-wage workers is higher than that of any other racial group.

The late Congresswoman Barbara Jordan once said, “What the people want is very simple – they want an America as good as its promise.”  Higher Heights is asking you, as a candidate for the highest executive job in the country, to pledge to make good on this promise by putting forward a comprehensive economic security strategy and plan at the top of your list of priority issues on which you will focus in the first 100 days of your administration, should you be elected.

Higher Heights is also asking Black women across the country to raise their voices on this issue at the ballot box this November. We know that when you fire up a Black woman she does not go to the polls alone, she brings her house, her block, her church, her sorority, and her water cooler. For us, this election is about harnessing the power of Black women’s votes to ensure that you, as candidates feel compelled to address and support building economically stable communities and the other issues of the greatest importance to Black women.

It really isn’t that complicated.  Black women are voting this November and economic security is the No. 1 issue they care about. The next President of the United States will take office at a time of great opportunity for our nation. In the final weeks of the election, we encourage you to listen and devise a course of action to address the concerns of this very important constituency.