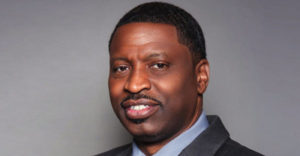 While the debate whether President Trump obstructed justice should be over with the release of Special Counsel Robert Mueller’s report, un-fortunately, it is not. In fact, it has just begun as Congress prepares to conduct exhaustive examinations into these breathtaking revelations.

Given the overwhelming evidence to the contrary, Attorney General Barr’s attempt to exonerate Trump is simply stunning. It is crystal clear that Trump interfered with the Mueller investigation. Even the redacted report contains a multitude of actions in which Trump obstructed justice in one of the most consequential investigations ever conducted regarding the state of our democracy.

We warned the nation about Attorney General Barr when we opposed his confirmation to the position. We told the Senate that William Barr “can never overcome the public perception that he endorsed Trump’s efforts to hold himself above the law. William Barr simply cannot serve as the independent leader our country needs at this critical time.” We were correct.

Barr’s lack of independence and Trump’s obstruction raises critical questions about the rule of law. But this is also about the integrity and security of our democracy. Just as important in the Mueller report was the astounding disclosure that our country was subjected to a full-scale attack on our democratic process.

Astonishingly, the Muel-ler report concluded that Russia “interfered in the 2016 presidential election in sweeping and systemic fashion.” Russia intended to benefit and did in fact benefit Trump. We also know that the Trump campaign knew about Russia’s assistance and welcomed it with open arms. Russia helped Trump win the presidency by manipulating voters, fomenting racial division, and targeting the African American community to suppress voter turnout.

Back in December 2018, we led a boycott of Facebook. We called upon Congress to conduct further investigations into Facebook after a report released for the Senate Intelligence Committee revealed that the Russian influence campaign “made an extraordinary effort to target African Americans” using an array of tactics to suppress turnout among Democratic voters.

Now, with the results of Robert Mueller’s report, the outrage should be palpable. Congress must fully investigate, take all appropriate action, and ensure the integrity and security of our democracy. This must be done with the urgency it requires. The 2020 election has already begun. Candidates are making pitches. Voting machines are being purchased. Yet our democracy is not safe from the external forces that want to cause us harm.

Congress begins their examination and investigation without a full record, and completion of that record must be a top priority.

The redacted report released by Attorney General William Barr falls woefully short of what is owed to Congress and to the American people. It shows that the Trump administration is intent on hiding facts and covering its tracks. Mr. Barr should immediately release the complete Mueller report in unredacted, unedited, and unvarnished form. The American public deserves the truth.

We are also troubled by Special Counsel Mueller’s decision not to press for a subpoena or interview of Trump. Trump has caused infinite damage to the office of the presidency by impeding justice and subverting the rule of law. He should be called to answer and held accountable for his actions to harm our democracy.

Our democracy is in a holding pattern. We need answers and we need them fast. The Trump administration has already harmed our civil rights in devastating ways, and it will take us years to recover. But we cannot, and must not, allow the foundations of our democracy to be undermined, knowing full well of the threat. This is our democracy, and we must act to protect it.