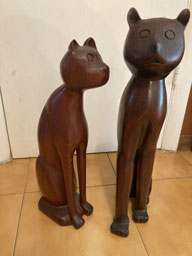 Retired principal and longtime Plantation resident, Pernell McKinnedy Wright, passed on Nov. 11, 2020. He was a resident of Plantation for nearly 45 years. He was born in Fort Pierce, Florida on December 9, 1933. Pernell was a 1953 graduate of Lincoln Park Academy in Fort Pierce.

He went on to attend Florida A&M University where he majored in Education. After graduating in 1957, he returned to Fort Pierce where he got his first teaching position as a third grade instructor.

In 1960, Pernell moved to Fort Lauderdale and began teaching sixth grade at Carver Ranches in Hollywood. He also taught reading at one of the school system’s two reading clinics, where he then went on to earn his Masters’ degree in Reading from Florida Atlantic University. After some three years in this position, he became an assistant principal and returned to Carver Ranches. A couple of years later, Pernell was tapped to become a principal at the now phased out B.F. James in Hallandale. 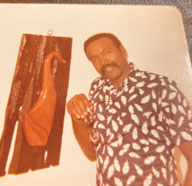 In addition to his genuine love of teaching, Pernell’s real passion was his art. He spent hours in his studio—-his garage painting and creating wood carvings while listening to music. This creative flair was sparked when he was in second grade and flourished throughout his life without any formal training.

His paintings and carvings, especially, were showcased on numerous occasions at: Plantation library, various Broward County libraries, mall shows, art shows and galleries in Broward and Palm Beach. He won numerous awards for his work. Pernell was featured in numerous local newspapers and woodcarving magazines.

He was a very active member of St. Christopher’s Episcopal church where he was named “Father of the Year” and “Man of the Year” for his dedicated Christian service.

Pernell not only loved his Art, but he was an avid fisherman—saltwater and freshwater. He also loved grilling, working in his yard and doing odd jobs around his Plantation home. Pernell was the quintessential “Jack of all trades”.

For many years, “P Wright or Mr. P” as he was called, could be heard whistling throughout his neighborhood. He was the neighborhood “Renaissance Man”.

Pernell joins his wife, Gloria, who passed in March; along with his father, mother, brother and sisters, all of whom preceded him in death.