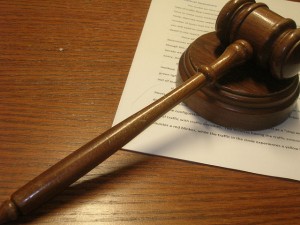 Prosecutors want to talk to Times-Union reporter Matt Dixon about what he received from Carletha Cole, a former aide to Carroll who shared the recording of a conversation with Carroll’s chief of staff after she was fired. Cole has been charged criminally with disclosing that recorded conversation.

But George Gabel, the attorney representing the Times-Union, said there are other ways for the state to try to prove that Cole sent an email including the recording to Dixon, and that forcing Dixon to testify would break the privilege for journalists provided by Florida law.

Hutchins countered that the recording is essentially physical evidence in the case against Cole, meaning that it falls under an exemption to the privilege.

Sheffield said he wanted to read the case law submitted to him by both sides but would try to rule on the paper’s motion quickly.

Cole was fired shortly after she complained to Dixon about conditions in Carroll’s office. She was later charged with disclosing the recording.

Cole’s cased gained new notoriety over the summer, when her attorney filed a motion saying Cole caught Carroll and a female aide in “a compromising position” shortly before Cole was fired. Carroll has strongly denied the allegations, calling them “blatant lies” in an email to one supporter.