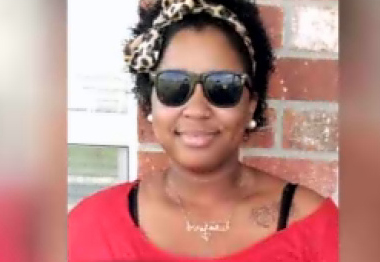 
WINNSBORO, La. – A 20-year-old woman who claimed she was attacked and set on fire by three men who scrawled KKK on her car now says she made it up, according to a report on KSLA-TV’s web site.

Sharmeka Moffitt was in critical condition Tuesday at the Regional Burn Center at the LSU Medical Center in Shreveport.

KSLA reports that Winnsboro Police Chief Lester Thomas said Moffitt admitted to setting the fire and putting the racial slurs on her car.

Police said two days of investigation showed that her DNA was on a lighter found at the scene.

When Chief Thomas was asked about a motive, he said that remains unknown.

“Our family is devastated to learn the circumstances surrounding our daughter’s injuries. While this was not the resolution we had expected, it is a resolution, and we appreciate the thorough investigation by the local and state police as well as federal agencies.

We are sincerely sorry for any problems this may have caused and wish to express our appreciation for the outpouring of love, prayers and support we have received from friends, acquaintances, church organizations and government officials.

Over the coming days and weeks, our focus will be on Sharmeka and her recovery.”