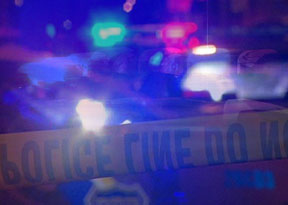 Police convictions difficult to come by

By Derek Joy, Special to the NNPA from The Miami Times

Attendees to a NAACP Justice For All Forum at Antioch Missionary Baptist Church in Miami Gardens last week heard how difficult it is to prosecute a police officer by law enforcement officials.

“We see the need for healing in our community. There has not been a prosecution of a police since 1989 – city of Miami police officer William Lozano. Why is that?” said Ruben Carter, a member of Antioch and chairman of the local NAACP Criminal Justice Committee, who organized and moderated the forum. “Justice For All is dedicated to addressing police involved shootings, make sure we understand the process involved in these shootings. We’ve also identified ways to reduce police shootings and citizen’s shootings.”

While police-involved shootings commanded the major portion of attention at the forum, there was recognition of citizens-involved shootings, such as the one only day before at an Opa-locka apartment complex where four juveniles were shot in drive-by shootings.

Assistant Miami-Dade State Attorney Don Horn won a conviction of Lozano, only to see the conviction overturned by an Appellate Court. Horn recalled the case subsequently was retried with a verdict of acquittal.

“One of the worst things that happened with the Lozano case is that . . . the Appellate Court reversed the verdict by saying we didn’t have a right to present some of the evidence,” said Horn. “The courts gutted law on us the second time around. We took it to Orlando and lost. That was based on training in ‘shoot, no shoot’ scenarios. The Appellate Court said you can’t use knowledge of police training as evidence to prosecute. So, it was considered legally justified. We don’t think it was necessary.”

Reports show that Lozano stepped in front of a fleeing Clement Lloyd on a motorcycle with Alan Blanchard as a passenger, took a position and fired his weapon.

Lloyd was hit and killed as his motorcycle crashed and killed Blanchard.

The argument was that Lozano put himself in danger by stepping in front of the motorcycle. That was not a part of police training. And the Appellate Court reversed the verdict based on that fact of inadmissible evidence.

Audience members wanted to know why the court would exclude evidence that would convict a police officer for using excessive force to kill a suspect unnecessarily. Others said it was an excuse to justify murder by police officers in giving them a defense that puts them above the law.

“It’s not easy to prosecute a police. The overwhelming majority of police officers are good, honest, hard-working professionals. Like any other profession, I have to prosecute bad lawyers and police,” said Miami-Dade State Attorney Katherine Fernandez Rundle.

“It’s heartbreaking. It’s not easy. You have to look at the mother or father of the victim and say we don’t have a case. We explain other alternatives. But that doesn’t help look them in the eye and say a crime hasn’t been committed under the law.”

The forum came out of a partnership with the NAACP and the State Attorney’s office.

Reverend Arthur Jackson III, who offered a prayer to convene the meeting on June 30, highlighted several events locally and around the nation that embraces issues for which this forum was organized to address.

“Our coming together at a time like this is very crucial. We don’t have to look very far outside our community, around the country, to see the things going on. We definitely need prayer.”

Jackson, as did Miami-Dade County NAACP Vice President Brad Brown, spoke to the events in Baltimore, Md., Charleston, South Carolina and Ferguson, Mo., among other incidents in which young Black American males were killed by police officers.

Brown cited racist displays by police officers in Miami Beach and Broward County and findings of the U. S. Justice Department, which cited excessive force and Fourth Amendment violations by officers in the city of Miami Police Department.

“Miami is not without its difficult times,” said Brown.