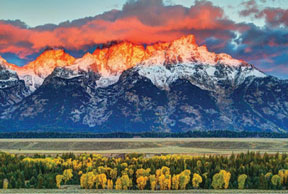 In a powerful demonstration of the value of our National Park System, President Obama has proposed an investment of approximately two billion dollars to “polish” our jewels in time for its managing agency’s 100th anniversary in 2016.

And true to his focus on engaging all people, his 2016 budget request to Congress includes $20 million each year to transport over one million young people from urban communities to national parks and public lands, where dedicated youth co-ordinators will welcome them and their families.

Have I died and gone to heaven?!

True, it’s not a done deal yet since the budget has to be approved by Congress. But I feel for the first time since I laid eyes on my first national park in 1995 that we are finally giving them their rightful attention as “America’s Crown Jewels.”

Do you know what the British do with their “Crown Jewels?” They keep them under lock and key in the Tower of London. While our Crown Jewels are spread out in a living necklace from the flawless aquamarine of Dry Tortugas National Park in Florida to that massive diamond that is Mount Denali in Denali National Park & Preserve, Alaska. Oooh!

I can hardly think of a better way to start the year and Black History Month than to have President Obama’s gleaming vision of the future of our national parks as places of healing and self-discovery for our young people, for individuals and families. His proposal lays the foundation for all Americans to weigh in on the future of our national parks as the budget is negotiated. No doubt we will need to mobilize to show our support of the President’s budget request and let our representatives in Congress know that it is important to us that we have the funds and mechanisms to protect our parks into perpetuity “for the benefit of this and future generations.”

”America, Go See It!” we declared in our first issue of Pick-up & GO! published November, 1995, exhorting our peers to turn their eyes to the scintillating world of national parks we had found just beyond city limits. We were so enthusiastic and persistent that it took a while for us to notice that some of our friends’ eyes would start to glaze over as we approached. Between that time and now, a movement has grown so expansively that the invitation is now coming from the President, with a focus on underexposed communities. How cool is that?

Among all the people and groups working toward this breakthrough, the National Parks Conservation Association (NPCA) stands out, as it should. The organization was founded in 1919 by the very first superintendent of the National Park System, to be an advocate and watchdog for the parks. As a member of the board since 2001, I’ve had the luxury of contributing a Black citizen’s perspective to the extraordinary work they’ve helped to lead, including striving to get Congress to fund the parks appropriately. So we’re on a happy roll, and you can be part of it as well.

Meanwhile, members of the Diverse Environmental Leaders (DEL) National Speakers Bureau that we launched last summer are making a difference for parks and people through their speaking engagements across the country. Please check out our website to see what we’ve been up to, and note the diversity of communities represented and our areas of focus.

Our President’s vision for a Park System that is inclusive and reflective of all can be achieved in a very short time if our country mobilizes and takes advantage of the talent we have amassed in DEL. Whether the need is to prepare young people for careers on our public lands, Angelou Ezeilo; or provide tours that connect communities to their heritage in the parks, Sid Wilson; whether it’s helping organizations shift to a more inclusive culture, Jarid Manos; or using land management experience to reach more diverse communities, Mamie Parker, PhD, DEL Speakers’ experience and expertise can be of invaluable assistance.

So here’s the ask: Now that we’ve put all this together and we’re in the right place at the right time, all that’s left is for you to contact us to discuss who is best suited to help address your issues!