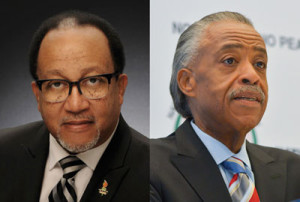 Rapidly shifting U.S. demographics are fueling the urgency of civil rights leaders, social scientists, policy makers, and public health professionals to focus their attention on policies designed to close the gap in racial and ethnic health disparities and ensure justice and equity in communities of color. In the interest of social justice, the good intent of policies developed and endorsed by dedicated public servants requires, how-ever, a thorough and thoughtful consideration of the impact of unintended consequences of those policies in communities of color across the nation.

While many Black Americans have made significant advances in professional and educational achievement, heightened political and social status, far too many are still burdened with poverty, few employment and educational opportunities and poor health. Compounding this situation is the tense relationship between police and the Black community because of use of excessive force, profiling, over incarceration, and selective prosecution. It has also been well documented that Black people are sicker, experience bias and discrimination in the healthcare system and die sooner than other groups in American society.

It stands to reason why conscientious policymakers and public health professionals are zealous in their efforts to do whatever it takes to improve the safety, quality of life and health in Black communities—even if it means making selected harmful products unavailable by imposing bans and prohibitions.

Prohibitions and bans are official public proclamations and legislative orders forbidding, limiting, restricting and making illegal a behavior or forbidding, limiting, restricting and making illegal the use, manufacture or selling of a product. In 1920, Congress ratified the 18th Amendment to the Constitution prohibiting the manufacture, transportation and sale of liquor.

The good intentions of those who aggressively supported the prohibition on alcohol were to reduce access to alcohol as a way of reducing drunkenness, the crime and accidents caused by drunkenness and to reduce the death, illness and disease associated with the use and abuse of alcohol.

The national prohibition of alcohol (1920-1933) was extremely difficult to enforce. While the consumption of alcohol dropped at the beginning of Prohibition, it subsequently increased. Banning alcohol did not stop its use. Unregulated, illegally produced alcohol was more dangerous to drink, crime increased and became “organized,” courts and prisons were stretched to the breaking point. When the production and sale of alcohol went underground, black markets developed controlled by the Mafia and gangs in communities. By 1933, public sentiment had turned against prohibition and Congress repealed the prohibition by constitutional amendment. The unintended consequences of alcohol prohibition were real and far outweighed the good intent of the prohibition and led to the failure of this noble experiment.

The lessons learned from the failed policy of alcohol prohibition are important for us today when a ban on menthol cigarettes has been proposed to reduce smoking among African Americans. Since over 80 percent of African Americans who choose to smoke, smoke menthol cigarettes, prohibitions, restrictions and bans would affect Black communities more than other communities in America.

When police have to spend time enforcing prohibitions and bans, they have less time to focus on solving violent crime and ensuring public safety. Tensions between police and the Black community have focused national attention on the pervasive inequities in the U.S. criminal justice system. In 2014, the National Research Council issued a comprehensive report on America’s overgrown criminal justice system.  The rate of imprisonment in the United States has more than quadrupled during the last forty years.  The U.S. prison population is largely drawn from men under age 40 and mostly men of color. The Council found that high incarceration rates came about not because of an increase in crime, but because of policy choices. A menthol ban could make a bad situation in the criminal justice system worse for Blacks.

We do stand united with policymakers, public health professionals and tobacco control advocates – Smoking is bad and not good for public health. We support the regulation of the manufacture and sale of tobacco products, especially restricting the sale of tobacco products to youth. We strongly encourage Black people to stop smoking and educate our youth about the dangers of smoking. The National Action Network and the National Newspaper Publishers Association do not promote smoking nor endorse or advertise smoking products. Our concerns about the impact of a menthol ban are based on our experience and understanding of how law enforcement works when bans and prohibitions are imposed.

On June 22, 2009, when President Barack Obama signed into law the Family Smoking Prevention and Tobacco Control Act, the new law gave the U.S. Food and Drug Administration (FDA) comprehensive authority to regulate the manufacturing, marketing, and sale of tobacco products. The good intent of the law is to reduce smoking that is the leading preventable cause of death in the United States.

We are very concerned that while the FDA is considering a national menthol ban, state and local governmental agencies are implementing ordinances that will prohibit, restrict and ban menthol cigarettes, the preferred tobacco product of African Americans.  A ban on menthol cigarettes would give police another way to interact negatively in Black communities on the retail level or with individual citizens for a low-level, non-violent offense. A ban, prohibition or restriction on menthol cigarettes would mean punitive consequences, if the prohibition or ban is violated.

History has proven that prohibitions and bans don’t work.

Education and treatment work. Young people are less likely to smoke if they get open, honest health information and tools to deal with peer pressure.  Adults who struggle with smoking addiction are more likely to make healthier decisions when they have access to counseling, treatment, smoking cessation aids and are helped to develop stress management skills.

At the same time, we hold our public health professionals and policymakers accountable to address the social determinants of health that include a broad range of factors that are reasons for health disparities and poor health outcomes in the Black community.

We urge tobacco control advocates, public health professionals and policymakers not to defer to the criminal justice system by imposing prohibitions, bans and the threat of punishment to solve an urgent public health crisis.

In the words of the Reverend Dr. Martin Luther King Jr., “We are confronted with the fierce urgency of now. This is a time for vigorous and positive action.”

One of the most powerful agents in curtailing Black youth crime in major cities is the presence of Black business owners, according to Karen Parker, professor of sociology and criminal justice at the University of Delaware. […]

Thousands of Urban League members from across the country representing some of the best and brightest minds in America, gathered in Fort Lauderdale along with local citizenry from South Florida to participate in the Urban League’s National Conference […]