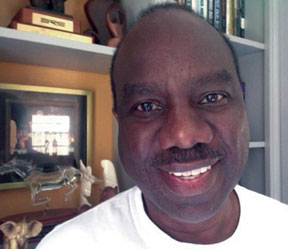 Talk radio veteran Carl Nelson will sit down with former Omaha Nebraska police officer Tariq Al-Amin to talk about the wrongful imprisonment of former Black Panther members Edward Poindexter and Mondo we Langa (aka David Rice) who were sentenced to life sentences at the Nebraska State Penitentiary after a policeman was killed when he tripped over a bomb the duo is alleged to have set in 1970. Nelson will discuss the ex-Panthers’ on-going battle to be exonerated and freed after 45 years of imprisonment. The program will air Monday, Sept. 21, 2015 at 8 a.m. EST on “The Carl Nelson Show” online at http://woldcnews.newsone.com.

Over the years, public figures such as actor Danny Glover, author Angela Davis and former U.S. Attorney General Ramsey Clark have called for the release of the so-called Omaha Two who may have been the targets of then-FBI Director J. Edgar Hoover who wanted to silence the duo through the FBI’s Cointelpro (Counter-Intelligence Program) because of their vehemently public protests of institutional racism and police brutality in Omaha.

In a twisted-tale that reads like a fictional film, Cointelpro allegedly worked in secret with local police officials to make an example of the Omaha Two and in the process martyred one of their own. On August 17, 1970 an anonymous phone call came into a local police station about a woman screaming at a house at 2867 Oho Street. A 29 year-old white officer Larry Minard and seven other men in blue converged on the vacant property but there was no screaming woman.  There was a suitcase placed at the front door. All of the officers stepped over the suitcase when they went in to explore the premises. On the way out, Minard accidentally tripped over the valise that was filled with dynamite. It exploded, killing him instantly and injuring another officer.

A man named Duane Peak was arrested a few days later for making the anonymous call and creating the police ambush. Initially, he did not name Poindexter nor Mondo we Langa as accomplices. However, after his second interrogation a few days later, Peak worked a deal to be prosecuted as a juvenile in exchange for testimony naming Poindexter and Mondo we Langa as the masterminds of the plot. He later recanted but the jury was not allowed to hear any of the other evidence that would have cleared the men and they have been fighting for their freedom ever since their 1971 sentence. In 1993, the Nebraska Parole Board voted unanimously to commute both men’s sentences to time served but the Nebraska Pardons Board has taken no action to do so. Tariq Al-Amin, a former Omaha police officer, has taken up the cause through the non-profit Nebraskans for Justice Organization that is still seeking to free the Omaha Two.