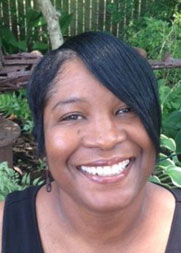 An Interview with Judy Davis

“I did not recruit leadership, instead I embraced leadership.” This is what we learned from Judy Davis, membership outreach manager at the Metal Museum in Memphis. We were talking with Davis to learn how this column “FUNdraising Good Times” influenced her work in raising $45,000 for The 10th Anniversary Gates Campaign. This was a campaign to restore the beloved metal gates at the museum and the 331 rosettes that adorn them.

The campaign was launched in April 2013, but Davis “did not get involved with the campaign until November 2013 when I saw we needed more funds. I produced a timeline of events and presented it to my director and the public engagement associate. I took the Development Boot Camp workshops that were offered at the Alliance for Nonprofit Excellence and received advice from my previous manager that raised funds for the Memphis Public Library,” Davis shared. “I did not ask anyone to do anything I would not do and I tried to keep the momentum going. I tried to create an environment where all my coworkers felt they had a vested interest in the success of the campaign.”

She developed two questions to drive her fundraising. These were: “How do the Metal Museum gates impact the community?” and “What is your story as it relates to the gate?” These were derived from her desire for museum members and visitors to feel they had a personal connection with the gates.

Davis also developed a brand identity for the campaign that tied to the museum’s overarching brand. “I wanted the feel and color of gray (metal) but to focus on the gates, not the museum.

The stationary, invitations and thank you cards were one unit. The pieces were interchangeable but they could be put together as one.” She took the time to share her brand strategy with fellow staff. “I wanted to make sure that we all understood why and how to communicate that to the public.”

When asked what she would do differently next time, Davis responded, “Give myself more than seven months to raise a substantial amount of money. Have a volunteer front person, a voice, to help raise the funds needed.”

We share Davis’ story with you because it shows that one person can make a difference. Davis had been reading our column, cutting them out, and jotting down adjectives and catch phrases on index cards for easy reference. Here are a few examples: developed, branded, launched, raised goal. She focused on tips such as “leadership is critical to the success of any fundraising efforts” and “communicate in words and action.”

Davis is ready for her next project: making the museum’s collection more accessible to the public. Stay tuned: she is a woman you are sure to hear more from.