Can You Buy Valium In Kuala Lumpur http://junction25.com/wp-json/wp/v2/users/ 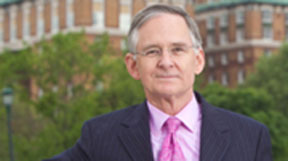 Republicans in Virginia are moving to keep “violent felons” from voting forever in their latest effort to reduce the number of eligible voters in The Old Dominion States.

Under a proposed constitutional amendment by Virginia Senate Majority Leader Tommy Norment (R-James City), voting rights for non-violent felons would be automatically restored after they paid restitution, court fees and fines and other “costs assessed by the court,” but violent offenders would never be allowed to vote again.

“This amendment would guarantee those who have their right to vote restored are truly deserving of that second chance,” Norment said in a statement earlier this month.  Virginia Senate Majority Leader’s amendment also deals with the legal question of what defines a “violent felon” and who sets the legal definition. In the case of Norment’s amendment, the Virginia General Assembly would decide the definition.

amendment, Virginia Senate Joint Resolution 223, “would restore the right to vote to those convicted of non-violent felonies, provided they have completed the entirety of their sentence and any probation, and have paid in full any fines, court costs, and restitution. The amendment also assigns to the General Assembly the responsibility of defining offenses that would be classified as violent. Those convicted of violent felonies would not be qualified to vote.”

During a conference call with reporters earlier this month, Virginia Democratic Party Chair Susan Swecker said that the amendment was “a disgrace” and a blatant attempt to block Virginia residents from voting.

“Violent and non-violent is a fuzzy line,” said Rep. Bobby Scott (D-Va.) on the conference call about Norment’s amendment. “Traditionally, in Virginia, a drug violation would be defined as a ‘violent offense.’”

Another potentially daunting aspect of Sen. Norment’s amendment is that it requires felons to pay court fees and other administrative costs. Many argue that if a person has to pay money for the right to cast a ballot, it’s effectively a form of poll tax.

The original Jim Crow laws of the South were state and local laws that were put in place to maintain racial segregation in the South. Most were enacted after Reconstruction and were finally brought to an end with the Civil Rights Act in 1964 and the Voting Rights Act in 1965.

Under Norment’s amendment the Governor would lose the power to reinstate voting rights for ex-offenders.

State Senator Don McEachin, who is on track to be elected to Congress in November in Virginia’s 4th congressional district, said that the Republican party would rather fight to make democracy smaller than enlarge it.

McEachin added: “The Governor tried to restore voting rights and Virginia Republicans acted like the world had ended.”

We have to end the war on women in cyberspace

We have to end the war on women in cyberspace