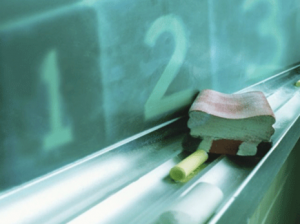 THE CAPITAL, TALLAHASSEE, September 11, 2012……….A trial court will decide whether state lawmakers are adequately funding public education after the Florida Supreme Court turned aside a last-ditch effort by Senate President Mike Haridopolos to block the suit.

The Supreme Court’s decision Tuesday largely hinged on a procedural issue. In November, the 1st District Court of Appeal issued a divided ruling, with eight judges voting to allow the case to go forward, though one of the judges differed with the other seven on the basis for that ruling. The other seven judges said the lawsuit should end.

Lawyers for Haridopolos, R-Merritt Island, said the Supreme Court should immediately step in and declare that the issue wasn’t one the trial court should take up.

“The Court should clarify that the adequacy of the public school system is a political question outside the courts’ subject matter jurisdiction,” said a brief filed in the case.

But even lawyers for House Speaker Dean Cannon, a Winter Park Republican who is also a defendant in the suit, said that wasn’t necessary.

“The issue will undoubtedly be resolved by this Court eventually, but at present, the case is not ripe for review because of the District Court of Appeal’s failure to reach a majority decision,” lawyers for Cannon argued.

Lawyers for two non-profit organizations and the parents of several students – a coalition that is challenging the adequacy of school funding — agreed with Cannon that the trial should be allowed to go forward first. The Supreme Court ruling means that after three years of legal wrangling, the case could begin moving forward in Leon County circuit court.

Attorney Jon Mills said the amount of time it’s taken for the case to get started isn’t unusual. School funding lawsuits across the country have generally been drawn-out fights that take years to resolve. Attorneys thought it might take a few years to get this far.

“Three years was the optimistic side of it,” he said.

Will the Supreme Court uphold the federal insurance subsidies?

Will the Supreme Court uphold the federal insurance subsidies?
[…]