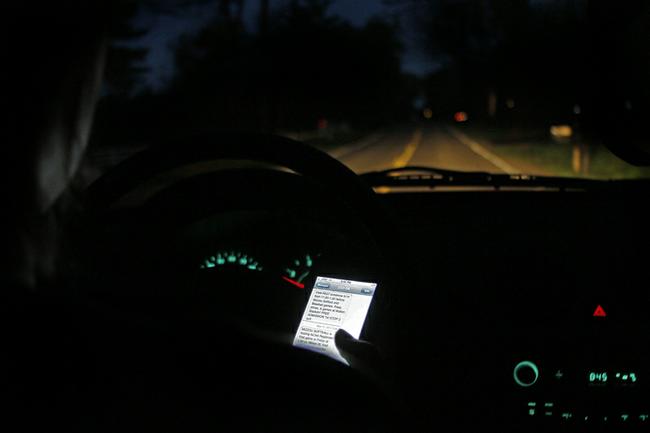 By DAVID ROYSE
THE NEWS SERVICE OF FLORIDA

THE CAPITAL, TALLAHASSEE, April 16, 2013……Texting while driving in most cases would be illegal in Florida under a bill passed Tuesday by the Senate and sent to the House. The measure has some exceptions that would allow drivers to text or email while stopped, such as at a red light.

The bill (SB 52) would make the infraction a secondary offense, meaning police officers would have to stop drivers for something else before ticketing them for sending or reading texts or emails while operating their car.

The Senate passed the bill unanimously, a remarkable amount of support for a measure that while proposed in recent years had never gotten through a Senate committee.

Its sponsor, Sen. Nancy Detert, R-Venice, said the bill has overwhelming support among the public, and noted that Florida is one of only five U.S. states that doesn’t have some sort of ban on texting while driving.

“We lose about 11 teenagers a day (nationally) thanks to texting while driving,” said Detert.

“This bill is long overdue, we’ve lost too many young people, and too many people in general on the streets of Florida,” added Sen. Chris Smith, D-Fort Lauderdale.

A penalty for a first violation of the prohibition would be a $30 fine, plus court costs that vary around the state. A second violation within 5 years of the first would result in 3 points o the driver’s record plus a $60 fine plus court fees.

The bill is backed by AAA.

“In the last three years alone, more than half of all states have enacted text messaging bans for all drivers,” said Kevin Bakewell, vice president of the auto club. “AAA is encouraged by the recent and rapid progress toward our national campaign goal of passing texting bans in all 50 states.”

A similar bill (HB 13) has also moved through the House this year, in contrast to previous years when it was bottled up in committee. The House bill is on the floor calendar for that chamber.

ELECTIONS BILL PASSES SENATE, COULD GO TO SCOTT SOON By BRANDON LARRABEE THE NEWS SERVICE OF FLORIDA Posting or forwarding this material without permission is prohibited. Contactnews@newsserviceflorida.com. THE CAPITAL, TALLAHASSEE, April 24, 2013……..A bill aimed […]