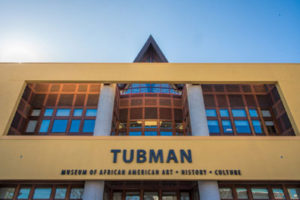 Reports indicate that a church in Cape May, N.J., is being transformed into a museum honoring abolitionist and political activist Harriet Tubman.

Alprazolam Purchase The Macedonia Baptist Church is converting the next-door home of its late pastor, the Rev. Robert Davis, into a museum scheduled to open in 2020. Local developers and business owners Robert Mullock and his son Zack are planning the project that is hoped to be a tourist attraction. Nearly $700,000 is reportedly needed to flood proof the building, which fell into disrepair 35 years ago.

Xanax Tablets Online “It would be a permanent exhibit there so that people would understand and appreciate that this was part of Cape May at that time,” Mullock said in a televised interview. “At one time, the population of Cape May was 30 percent African-American, that’s what the records show.”

Buy Cheap Xanax Online Uk The museum will contain several historical artifacts that Davis collected and would be used to teach school children about slavery. The opening of the museum is slated for 2020, the year that Tubman will appear on the new $20 bill. In 2015, Tubman was announced as the winner of a preference poll, with more than 600,000 people surveyed and more than 118,000 choosing Tubman to be on the bill.

Historians say that although Tubman spent most of her life in Auburn, N.Y., Canada, Philadelphia and Maryland, manuscripts reveal she did spend some time in Cape May during the 1850s. She worked in the area in an effort to bring more slaves from the South.

There are already several landmarks around the nation honoring Tubman, including her former home in Auburn, N.Y., and the Harriet Tubman Underground Railroad Scenic Byway in Maryland.

Is the Black church a visitor in the Black Community?

The Black church and its players

Xanax Online Shipping The Black church and its players

Buying Xanax From Canada Site Designed by No Regret Media