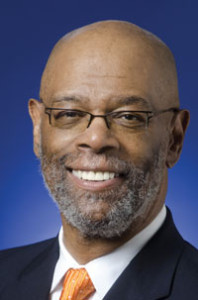 Spiritually Speaking: Are you a card-carrying Christian?

James Washington says that being a Christian is empowering, enlightening, and eternal, but it is not easy.

Just how hard is it to be a card carrying Christian these days? Republicans, Democrats, the NAACP, the ACLU all carry cards and encourage like-minded people to become card-carrying members. You can get a car for just about any group or organization. Now when it comes to being a spiritual card-carrying man or woman of faith, the results can be devastating; some-one scream, “Incoming!” for there is indeed an artillery barrage headed our way. Scripture suggests that, historically, life was no easy task for those early practitioners of the Christian faith. Crucifixion, becoming lion food for fun and games, beheadings and, at a minimum, being labeled an outcast, were normal expectations for those who believed and then lived according to the Word of God. Is today so different?

Once one takes up the standard of this revolutionary thinking, once you commit, once you decide to live humbly and merci-fully in love and forgiveness, isn’t it interesting the kind of attention you attract?

“Be alert and of sober mind. Your enemy, the devil, prowls around like a roaring lion looking for someone to devour. Resist him, standing firm in the faith, because you know that the family of believers throughout the world is undergoing the same kind of sufferings.” —1 Peter 5:8-9 (NIV).

Looking around the world today, it would be naïve not to recognize that religious persecution is still a critical component of man’s inhumanity to man. Real and fake news will show you that people all over the world are being annihilated for the God they worship. We sometimes take for granted the religious freedom we have in this country and I believe that has lulled us into a false belief that being a Christian is easy. Well it’s not. It’s empowering. It’s enlightening. It’s eternal. But it is not easy.

The good news is we are not alone and never have been. Living for God is probably the best realty check. Its reward is an inner understanding of the workings of the universe that affords one the idea that physical life is temporary while the spiritual is eternal. Many of us believe in life after physical death. The faithful have some insight into this. Life as we know it can be cruel.  We have come to think that eternal life is just the opposite. Rationalizing the difference is where and when faith resides.

Is it any wonder then that belief in a deity that invites humility, demands love and recognizes mercy is cause for ruthless and radical reaction among those who would live otherwise?   Is it any wonder that love for Christ Jesus invites the wrath of Lucifer in all of his forms? That spiritual card we carry as Christians indeed needs to be worn as a red badge of courage, because courage is what it’s going to take to withstand the ridicule and violence of this world, as well as the scorn of those who would tempt you with the weaknesses of your passions. And lastly, courage is a prerequisite for the certainty of death that will befall all of us.

If life after death is a fact that most can agree upon, then I believe it stands to reason that our membership card is most assuredly a ticket into a kingdom of blood and faith preserved for believers; the same believers who are shunned and persecuted and murdered today and yesterday in the name of God.  I continue to be moved by the acts of faith in the Bible where mere acknowledgement of one’s beliefs in the Son of God invites certain death. This is not ancient history; not if you profess Jesus is still Lord.

May God bless and keep you always.

Our innate spirit of love for all mankind has brought us across a many troubled waters and has continuously carried us to safe harbors throughout our pilgrimage here in this whole-wide-world.