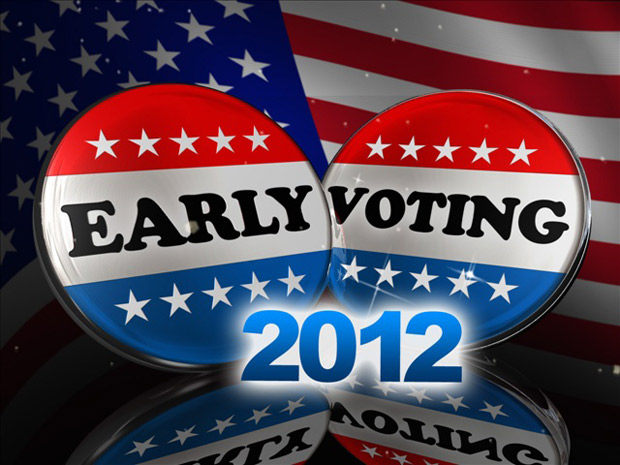 APPEALS COURT WON’T QUICKLY HEAR VOTER ROLL CASE
A federal appeals court declined to quickly consider a challenge to Florida’s effort to clean the voter rolls of ineligible, making it clear that voters who aren’t citizens won’t be removed before Election Day on Nov. 6. It was already unlikely that would happen, because of the ongoing legal fight and the fact that the process is lengthy, allowing those identified for removal a month to prove they’re not ineligible. But the 11th U.S. Circuit Court of Appeals decision Tuesday will definitively leave the issue undecided until after the election. Two federal judges in Florida have ruled that the state plan to remove non-citizens could proceed. The state has sent a list of 198 suspected non-citizens to local officials for possible removal, but those county elections officials have generally been waiting for the outcome of the lawsuit challenging the plan. “We are pleased that the Secretary of State has assured the 11th Circuit Court of Appeals that no U.S. citizens who have been misidentified will be removed from the voter rolls before the November election,” said Ben Hovland, Senior Counsel with the Fair Elections Legal Network, one of the plaintiffs. “We have always recognized the state’s responsibility to maintain accurate rolls. At issue is whether or not the state is performing that duty correctly and lawfully.”

STATE CHALLENGED ON NEW HOME HEALTH LIMIT
A disabled woman has filed a lawsuit challenging the Legislature’s decision this year to reduce the number of home health visits that adult Medicaid beneficiaries may receive each day. Stacy Bush, who is represented by attorneys from the organization Disability Rights Florida, alleges that lawmakers improperly used budget fine print, known as “proviso language,” to approve the change instead of amending state law. Bush, 40, has spina bifida, mental retardation and diabetes, according to the lawsuit filed last month in Leon County circuit court. Effective Aug. 1, lawmakers reduced the number of allowed daily home health visits from four to three, a move that the budget indicates will save about $1.1 million this year. The state has not filed a response to the lawsuit. Bush’s attorneys acknowledge in court documents that the state can limit the “amount, duration and scope” of services but contend that the Florida Constitution did not allow lawmakers to make the change in proviso language. “This reduction to Ms. Bush’s Medicaid services and resulting lack of medical care will place her health and safety in jeopardy,” the lawsuit says.

NECC DRUG WARNING EXPANDS TO OTHER MEDICATIONS, FACILITIES
State health officials on Tuesday said they have expanded the search for tainted medication distributed by New England Compounding Center following federal warnings that patients receiving other medications produced and distributed by the company may be at risk. Speaking to reporters, Florida’s Surgeon General John Armstrong said the state was boosting precautions after the U.S. Food and Drug Administration expanded the list of potentially contaminated medications to include 12 other drugs. The additional warnings follow an outbreak of fungal meningitis that has claimed the lives of two Florida patients and is linked to contaminated lots of methylprednisolone acetate distributed by the Massachusetts-based company. In all, 12 patients have been linked to the tainted spinal injections Added to the list on Monday were other injected medications used for optical procedures and open heart surgery. The drugs, which were shipped to 78 facilities across the state, were added after the FDA raised concerns that other NECC drugs could have become contaminated. Like the earlier batches of spinal steroids, the additional drugs have been gathered and are no longer in circulation. Facilities are expected to contact patients who received the medications, a list of which has been placed on the FDA website http://www.fda.gov/Safety/Recalls/ucm322979.htm

JONES ALSO WANTS TO LEAD HOUSE DEMOCRATS
A day after Rep. Darryl Rouson, D-St. Petersburg, said he will seek to become House Democratic leader in 2014, Rep. Mia Jones, D-Jacksonville, said she also will seek the post. Jones told The Florida Times-Union that her priority is to make sure “that our caucus stands together so that we don’t have to wonder who will be with us, or if our leadership will be with us,” Jones, who has been in the House since 2008, has helped lead House Democrats on issues such as Medicaid. Rep. Perry Thurston, D-Plantation, will be the Democratic leader from 2012 to 2014.

By BRANDON LARRABEE September 19, 2012……A lawyer for opponents of a controversial change in early voting in Florida told a federal judge here that the law would disproportionately harm black voters and should be blocked. […]