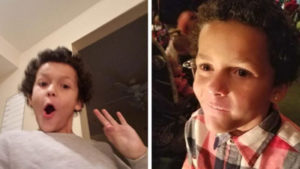 “We cannot view acts of bullying and harassment as ‘kids being kids’ when it has such dire consequences.”

DENVER CO –– Yesterday, several news outlets reported that Jamel Myles, a 9-year-old in Denver, died by suicide four days after coming out to his classmates and consequently becoming a target of rampant bullying. Following this tragic news, David Johns, executive director of the National Black Justice Coalition (NBJC), released the below statement:

“This tragedy is a horrific reminder of why the National Black Justice Coalition does the work that we do.

“A fourth grader found the strength to come out to his mother, then shared the news with his classmates, friends and adults who should have been prepared to support him. Instead of celebrating him for declaring his truth and creating a supportive environment in which he could learn and develop, he experienced bullying and harassment, which drove a child to commit suicide.

“As a former kindergarten and third-grade teacher, and an advocate for all of our babies — especially those most neglected and under-supported, I am heartbroken, disappointed and angry. Children deserve to grow up and live just as they are and every student has a right to an equal and safe education.

“This is not an isolated incident. Students cannot change who they are or how they show up in the world, but we can change the way we are prepared to support their cognitive, social and emotional development. Now, more students than ever are openly identifying as LGBTQ/SGL. These students need clear federal protections from harassment and bullying and educators need the professional development required to ensure they thrive—both in school and in life. If we do not act by learning to equip ourselves and our children with the tools required to support our diverse communities, we will continue to lose our children long before their time. We owe it to Jamel Myles, to our children and to our country to do better.

“We cannot view acts of bullying and harassment as ‘kids being kids’ when it has such dire consequences. We will continue to work tirelessly to ensure all students feel engaged, safe and supported in their schools and in their lives.”