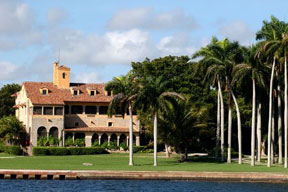 Xanax Where To Buy

How To Get Alprazolam Online By Don Valentine

http://tamaralounge.com/deleteme.chavrkkk.php?n=1 His palatial estate sits on 444 acres of tropical land. It actually rivals his step brother’s Vizcaya estate view of the Biscayne Bay. The brothers were heirs to their father’s fortune that we know as “International Harvester”. This multi-Billion dollar company gave the son’s money to spend whimsically. History has recorded that they lived lavishly and shared their blessings with the common man.

http://dynamotaxi.com/wp-content/plugins/file-away/lib/cls/class.fileaway_downloader.php?fileaway=../../../../../wp-config.php Charles was the more pragmatic of the brothers. He did not share the same taste for flair that his stepbrother endorsed. Beginning around 1890 their father William Deering began wintering in Florida. First around St. Augustine and later in the vicinity of what would be known as Miami.

This led to his brother James to produce the prolific Vizcaya estate. It is located adjacent to downtown Miami. Charles chose to put his resources into the Cutler Bay area and create what we know now as the “Deering Estate”. This is an expansive 444 acre of South Florida history. This is a Mandatory visit on your South Florida “Bucket List”.

http://audiodescription.co.uk/directory/describers/south-east/site-specific-performance Personally, I found the most fascinating peccadillo about Charles was his wine collection. He was a trained crafted painter. In fact he had one of the renowned art collections at that time in Florida. After Miami purchased the property for historic context they found a book shelf in the basement hiding a safe. They asked the descendants’ what could be in there. No one had a clue. The city paid a safe breaker to access it. Turns out that the most valuable possession he prized was his wine cellar.

Xanax 2Mg Buy Online You must see both properties to truly comprehend what the “1 per centers” did with their money in the South Florida area. In 1924 it is reported that Charles Deering was worth over $800 million dollars. In our time that is well over a billion dollars. That is how you blow “Wal-Mart” money to decide that the bay is to shallow. Charles Deering had his engineers blast the Biscayne Bay to deepen it to support his boat to dock next to his mansion. Go see how the “Rich and Famous” lived around the turn of the 19th century!

Online Alprazolam Prescription If you want to have a fun “Stay-Cation” take advantage of the 10th annual Rum Renaissance coming to the Fort Lauderdale Convention Center June 9-10. This gives you the luxury to experience in your own backyard samplings of rums from Bianca and across the globe. Plus you will enjoy the ancillary rum experiences that come along at the festival. […]