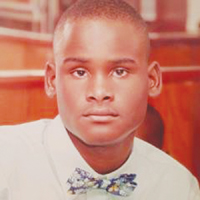 What is harder than being a Black man in America? Absolutely nothing! We live in this society of perplexity, where its damned if you do and damned if you don’t. Very often Black men are ridiculed for not doing enough in their communities, but when a few brave souls stand for all they suffer the harsh consequence of death (i.e Black Wall Street; June 1, 1921). Being Black is to be resilient, resourceful, and fearless. We as Black people are always told to uplift ourselves despite all of the roadblocks that have been placed in front of us and when we do, there is always a system ready to take it from us. This story was inspired by the untimely death of rap icon, activist, philanthropist, and business mogul Ermias Joseph Asghedom better known by his rap name “Nipsey Hussle.” Mr. Asghedom was an example to his community, he was a role model to many kids in the community, he showed them that no matter what situation they come from, achieving success is very much possible. Nipsey Hussle was shot outside of his “Marathon” clothing store by someone he had known for several years. The shooting of this very influential young man brought back memories of my uncle being shot in his own community while doing the Lord’s work. Although the circumstances in which they were shot and killed were different, it was nonetheless very painful to me. My uncle was caught in a crossfire while coming out of a soup kitchen for the homeless where he was volunteering. We have many great aspiring young Black leaders but because they are afraid of what is to come if they lead, they simply remain in the shadows. We as a community need to do a better job at protecting our leaders who stand in the front lines for us.