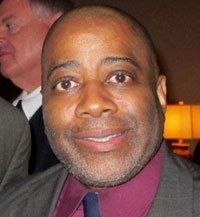 I am old enough to have lived through the crack epidemic of the 1980s and 1990s and found little to no empathy from the public, especially politicians, because crack fell disproportionately hard on the Black community. As a matter of fact, Blacks were told it was a moral failing by the user and the seller, thus they deserved what they got. As a matter of fact, the public demanded legal action be taken against those caught up in the crack epidemic.

Lock ‘em up and throw away the key was the political sentiment in Washington, D.C. during the 90s when it came to crack dealers and users. This view led to the mass incarceration of low-level drug dealers and users, culminating with people like Hillary Clinton labeling young, Blacks who were caught up in the drug trade as “super predators.”

According to the U.S. News and World Report, 79 percent of 5,669 sentenced crack offenders in 2009 were Black, versus 10 percent who were white and 10 percent, who were Hispanic.

Juxtapose that with what the Henry J. Kaiser Family Foundation found about the opioid problem. In 2016, according to the foundation, White victims made up almost 80 percent of the deaths from opioid overdoses, with Black victims comprising only 10 percent of deaths and Hispanic victims 8 percent.

Opioid addiction is being treated as a medical condition, with hundreds of millions of dollars being allocated to various forms of treatment and prevention; whereas, crack addiction was labeled a moral failing and a law enforcement issue.

Now lawmakers, Black and white, are calling for humane solutions to the scourge of opioid addiction. There are all kinds of reasons for this and I get it.

Real leaders in the Black community need to stand up and demand more money and programs for the drug problems that are destroying the Black community that have nothing to do with opioids? When will the public demand law enforcement action against physicians who have willfully overprescribed opioids to patients unnecessarily?

These physicians are the modern-day version of the drug dealer, except they are not working on the street corner, but rather in the cozy confines of their medical offices.

Where is the lock ‘em up and throw away the key sentiment towards opioid users that politicians showed towards crack dealers?

One would have to be totally blind not to see the racial optics being played out in this whole debate about the humane solutions for the opioid drug problem compared to how the War on Drugs was handled.

I am really struggling with my inability to muster up any empathy for the victims of this latest drug scourge that is moving across our country.

So, to those who are reading this column who think I am cold, heartless, and hateful please spare me your unrighteous indignation.

What Republican Rule Looks Like in Key Swing State

With voter registration drives principally aimed at trying to win back the House and possibly the Senate in Washington, Democrats have seen their efforts to establish legislation to help all citizens stymied by Republicans who serve as the majority in both of those key legislative branches of government. […]

Has our system failed our youth?

Has our system failed our youth?
[…]