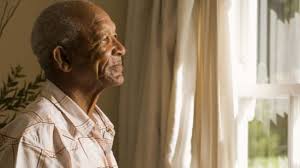 WASHINGTON, D.C. (NNPA) – More than three-fifths of Black working-age households – 62 percent – have no assets in a retirement account, according to a new study by the National Institute of Retirement Security (NIRS),

Working-age households contain residents  25 to 64 years old. Even those Black households with assets trail similarly situated Whites.  Among the 38.3 percent of Black households age 55 to 64 who do own accounts, the average savings is $34,365. That’s a fraction of the $206,400 saved by their White counterparts.

The report, “Race and Retirement Security in the United States,” is a companion to a broader study of the retirement gap using data from the Bureau of Labor Statistics and the Federal Reserve. In it, researchers examine workplace retirement coverage, retirement account ownership, and retirement account balances among Whites, Blacks, Latinos, and Asians.

“I think what the research shows is that the U.S. retirement crisis has really specific racial dimensions, specifically with access and savings,” says Nari Rhee, manager of research at NIRS and the report’s author. “About 44 percent of Baby Boomers and Generation Xers won’t even have enough saved to meet their basic needs when they retire.”

In addition to the gap in savings, a gap in access to retirement options persists, particularly for private-sector workers. In its larger retirement study, the NIRS found that private sector retirement access is near its lowest point since 1979. As of 2010, a little more than half of all Black workers have access to employer-sponsored retirement coverage (54.3 percent), and less than half of them actually take advantage of said plans (43 percent).

There are several causes for the lack access to retirement plans among Black households. For starters, employers are not legally required to provide benefits or financial literacy courses  to their employees.

Rhee points out that in other developed nations, employment-based retiree provisions tend to be effective because of an automatic or mandatory component. Additionally, the types of jobs that offer such benefits are in national decline, while lower-wage jobs with fewer benefits are proliferating. Those that do offer retirement benefits are switching from defined benefit (DB) pensions, which are automatic retirement savings, to 401(k), IRA and other opt-in accounts, which depend on what employees decide to save.

Lazetta Rainey Braxton, incoming president of the Association of African American Financial Advisors, sums it up this way: “Access to retirement plans is very tied to industry, level of education, income level…people of color are still catching up to these opportunities.”

The retirement gap is also intrinsically tied to the wealth gap. Both Braxton and Rhee point out that there are societal and historical factors at play. Although African Americans are well represented in the public-sector ranks where DB pensions are still the norm, lagging generational wealth curtails this boost.

“A lot of retirement investment success comes from word of mouth, from transfers, from legacies. Our history doesn’t go back as far with retirement investments, as opposed to just saving what we do have,” says Braxton, who is also the CEO and founder of planning and investment firm, Financial Fountains. “But if you put what you have in retirement for the future, does that leave you with enough for the right now?”

Rhee makes similar connections in analyzing her report’s findings. “The recession did a number on family wealth, especially for communities of color who tend to hold wealth in housing as opposed to stocks, bonds, and other investments,” she explains. “Plus with the shift in structural changes, loss of manufacturing and other jobs…the past few decades have been challenging for Black families.”

Interestingly, workers who deliberately seek or currently have employer-sponsored DB pensions are more likely to also have their own retirement accounts as well. It seems that the more information and opportunity provided, the more workers will contemplate and plan for their financial futures.

“A lot of people just don’t have access to this information. They’re not taught in high school…where are the opportunities to get this information in ways that are easy to understand, and affordable?” Braxton says.

“[Near-retirees] have to look at their lifestyle. Housing, medical, and debt costs are the biggest expenses,” she recommends. “You have to be realistic about where you are, and come up with a plan that keeps income for as long as possible, and really hash out expenses that can be draining.”

In this case art does not inmate life

By Natasha Dowdy Gordon     The elements of hate, intolerance, and ignorance have combined once again to wreak havoc, cause fury, and claim the lives of innocent people. The United States Ambassador to Libya, Christopher […]

Desperation and Despair in Haiti as Relief Efforts Stall

“In what is already a challenging time for the people of Haiti, I am saddened by the devastating earthquake that occurred in Saint-Louis du Sud, Haiti,” President Joe Biden said in a statement. “We send our deepest condolences to all those who lost a loved one or saw their homes and businesses destroyed. I have authorized an immediate U.S. response and named USAID Administrator Samantha Power as the senior U.S. official to coordinate this effort.” […]