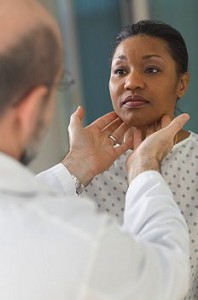 It can take HIV symptoms years to appear—sometimes even a decade—after infection. But within a month or two of HIV entering the body, 40 percent to 90 percent of people experience flulike symptoms known as a-cute retroviral syndrome (ARS).

In the early stages of HIV infection, the most common symptoms are none. And one in five people in the United States with HIV don’t know they have it, which is why it’s so important to get tested, especially if you have unprotected sex with more than one partner or use intravenous drugs.

Here are some signs that you may be HIV-positive
1. Fever
One of the first signs of ARS can be a mild fever, up to about 102 degrees F. The fever, if it occurs at all, is often accompanied by other usually mild symptoms, such as fatigue, swollen lymph glands, and a sore throat. At this point the virus is moving into the blood stream and starting to replicate in large numbers. As that happens, there is an inflammatory reaction by the immune system.

2. Fatigue
The inflammatory response generated by your besieged immune system also can cause you to feel tired and lethargic. Fatigue can be both an early and later sign of HIV. Achy muscles, joint pain, swollen lymph nodes. ARS is often mistaken for the flu, mononucleosis, or another viral infection, even syphilis or hepatitis.
That’s not surprising: Many of the symptoms are the same, including pain in the joints and muscles and swollen lymph glands. Lymph nodes are part of your body’s immune system and tend to get inflamed when there’s an infection. Many of them are located in your armpit, groin, and neck.

3. Sore throat and headache
As with other symptoms, sore throat and headache can often be recognized as ARS only in context. If you’ve engaged recently in high-risk behavior, an HIV test is a good idea. Get tested for your own sake and for others: HIV is most infectious in the earliest stage.
Keep in mind that the body hasn’t produced antibodies to HIV yet so an antibody test may not pick it up. (It can take a few weeks to a few months for HIV antibodies to show in a blood test). Investigate other test options such as one that detects viral RNA, typically within nine days of infection.

4. Skin rash
Skin rashes can occur early or late in the course of HIV/AIDS. This could be another sign that you might not have run-of-the-mill allergies or a cold. Rashes can sometimes be like boils, with some itchy pink areas on the arms. The rashes can also appear on the trunk of the body. If [the rashes] aren’t easily explained or easily treated, you should think about having an HIV test.

5.Nausea,vomiting, diarrhea
Anywhere from 30 percent to 60 percent of people have short-term nausea, vomiting, or diarrhea in the early stages of HIV. These symptoms can also appear as a result of antiretroviral therapy and later in the infection, usually as the result of an opportunistic infection. Diarrhea that is un-remitting and not responding at all to usual therapy might be an indication. Or symptoms may be caused by an organism not usually seen in people with healthy immune systems.

“There are more patients from underserved communities starting to enter into the health care system because of health care reform,” said Yvette Radford, a member of the National Medical Fellowships board and vice president for external and community affairs for Kaiser Permanente Northern California. “We’re going to need more doctors to be able to provide quality and culturally-sensitive health care.”

On June 7, Kaiser Permanente announced that it will commit $1 million to support the educating of Black and Latino medical students in an effort to provide these new and existing patients with care from people who understand them culturally.

In exchange for working in communities in need for two years full-time, the National Health Service Corps will repay up to $60,000 in student loans for primary care physicians. The state-funded New Jersey Primary Care Practitioner Loan Redemption Program repays up to $120,000 in student loans in exchange of at least four years of service in underserved areas such as Trenton and Gloucester.

There are more than 1,300 convenient care clinics in the country that could help offset the demand. Also known as walk-in clinics or retail clinics such as Walgreens’ Take Care Clinics, they tend to be open longer hours, are in drugstores and grocery stores, and address relatively minor issues such as bronchitis and ear infections.

The public is asked to protect themselves against mosquito-borne illnesses

During this most recent rainy season, officials at the Broward County Health Department are reminding the public how important it is to eliminate mosquito-breeding sources and to take precautions against mosquito bites. […]

Intimate partner violence and being threatened by a partner raised the risk of a low CD4 count, a detectable viral load, and missing HIV clinic appointments in a 251-person study in Virginia, the U.S. state just south of Washington, DC. […]

A friend of mine took me to The Cork, and man—I had some fried catfish and chicken. It was sooo good!” cheers The Voice contestant Jamar Rogers […]