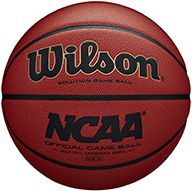 NATIONWIDE — History was made in NCAA Women’s Basketball when two Black coaches, Dawn Staley and Adia Barnes, led their teams into the Final Four for the first time since the tournament started in 1982.

Staley, who is 50-years old, started her coaching career in 2000 and became the head coach of South Carolina Gamecocks in 2008. She previously led the team to the Final Four in 2015 and 2017, winning the latter for the team’s first-ever national title.

Barnes, who is 44-years old, has been the head coach for Arizona Wildcats for 5 seasons. This year is her first time leading the team to the Final Four.

“I’m super proud of Adia, and I wanted that to happen,” Staley told ESPN. “I was cheering for her to get it done. Not for any other reason besides us being represented on the biggest stage. Two Black women representing two programs in the Final Four, something that has never been done before.”