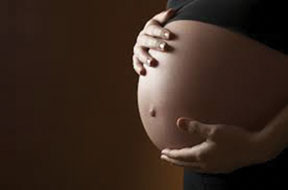 The inspiring vision of an AIDS-free generation—as powerfully articulated by President Obama in his 2013 State of the Union address—took a leap forward in the developing nation of Malawi recently, where CDC supported the implementation of an innovative new approach to eliminate mother-to-child HIV trans-mission. CDC is a key partner in the U.S. President’s Plan for AIDS Relief (PEPFAR), which has saved millions of lives in the global HIV/AIDS epidemic.

The new approach, called Option B+, offers all HIV-positive pregnant or breastfeeding women lifesaving antiretroviral treatment (ART) for their entire lives. Option B+ simplifies the ART regimen to one pill once a day making it much easier for the patient to take and far easier to implement. Not only does this approach help to ensure mother-to-child transmission is reduced to less than 5 percent for all future pregnancies but it also maintains the mother’s health, reduces HIV transmission to uninfected sexual partners, and prevents all of her children from becoming orphaned.

Simplifying treatment has had significant impact. One year after implementation of this approach, the number of HIV-positive pregnant and breastfeeding women on ART increased by more than 700 percent.

Mother-to-child HIV transmission can occur during pregnancy, labor, delivery, or breastfeeding. Although maternal HIV transmission has been virtually eliminated in the developed world, in 2011 only 57 percent of pregnant women with HIV in low and middle-income countries received an antiretroviral drug regimen recommended by the World Health Organization. That same year, 300,000 infants acquired HIV infection from their mothers in sub-Saharan Africa, 5.2 percent of whom were in Malawi.

Malawi is a low-income country of 15 million people and ranks among the 22 highest burden countries for new infant HIV infections globally. A barrier to increasing ART services in Malawi and in other similar settings is the limited laboratory capacity for CD4 cell count analysis needed for other PMTCT approaches (Option A and Option B) to determine when to start lifelong ART based on the stage of a woman’s HIV infection. Option B+ provides lifelong ART to all HIV-positive pregnant and breastfeeding women regardless of CD4 count or clinical stage. In addition to making treatment easier and more available, Option B+ addresses the needs of HIV-positive women throughout their reproductive years, rather than as a time-limited intervention provided only during pregnancy or breast-feeding periods.

In addition to starting women earlier on lifelong ART, Option B+ enabled women in Malawi to receive ART and prenatal care in the same clinic, and required only a positive rapid HIV test result to initiate treatment. The approach simplified ART to a one pill, once-a-day regimen, and standardized ART training and messaging for healthcare workers. This allows for decentralization of service delivery, a critical step toward increasing access. Healthcare workers find the new approach more intuitive and are gratified to be empowered to save the lives of Malawi women and their babies.

The results of this approach have been impressive: the number of HIV-positive pregnant and breastfeeding women started on ART increased by 748 percent to 10,663 in the third quarter of 2012 (one year after implementation of Option B+) from 1,257 in the second quarter of 2011 (before Option B+). The percent of pregnant and breastfeeding women who remained on Option B+ twelve months after initiation (77 percent) was similar to the 12-month ART retention rate among adults who initiated ART prior to Option B+ implementation (80 percent).

The voices of Malawian women attest to the impact this approach has had on their lives: “It is good to have an HIV-free child when you are reactive. My first child died prematurely from HIV,” said one. “I am happy to start ART early, as I will not become sick from HIV and [I can] go unnoticed,” noted another. “I would actually recommend this policy to all my friends who happen to be in my position.”

CDC played a major role in implementing Option B+ in Malawi under the direction of the Malawi Ministry of Health and supported by PEPFAR. Support to the ministry included: funding for preparatory activities and trainings, technical assistance through embedding subject matter experts in the ministry, revision of the National Clinical Guidelines for HIV treatment and training curricula for healthcare workers, implementing a clinical mentoring program to supplement the existing national quarterly supportive supervision system, increasing national laboratory capacity for viral load and early infant diagnosis testing, and strengthening health information systems and data quality assurance. CDC also plans to conduct an evaluation on the impact of Option B+ over the next four years in collaboration with the Malawi Ministry of Health.

Moving toward an AIDS-free generation

Option B+ represents an important milestone toward achieving an AIDS-free generation. While Malawi was the first country to adopt it, other countries implementing or planning to implement this approach in the near future include Cameroon, Democratic Republic of the Congo, the Dominican Republic, Ethiopia, Haiti, Kenya, Mozambique, Namibia, Rwanda, Tanzania, Uganda, and Zambia.

Success in implementing this approach across countries with high HIV burdens can help achieve the commitment made by President Obama on World AIDS Day 2011 for the United States to support 6 million people on ART and provide antiretroviral drugs for 1.5 million HIV infected pregnant women by the end of 2013.

Option B+ is also important for accelerating progress toward eliminating new HIV infections in children by 2015 and keeping HIV-positive mothers alive, the goals of a global action plan launched in 2011 by the Joint United Nations Program on HIV/AIDS.