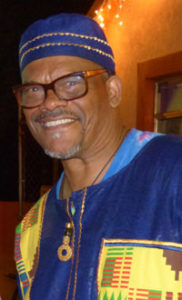 “God’s message is one of love, hope and freedom. He sent His Son to be a messenger who speaks our language—sometimes with messages of correction, but always those of hope. We can trust His message.” (Daily Bread)

When I was in second grade at Rock Island Elementary School, our teacher gave us an assignment that required us to write about what we wanted to be. In that assignment I wrote that I wanted to be a messenger – so now here I am 56 years later serving in that capacity; to whatever degree I am grateful for that.

I’ve toyed with several expressions as to what message I wanted to convey; however, a message that carries the most weight and the one that is to be enduring and enlightening doesn’t come from me.

While reading as I try to do daily, I was exposed to a story about a lady who received a message from a friend, but before she read the message, she was apprehensive because a message could be either good or bad.

After experiencing my first Kwanzaa, I relay its inherent message and the hope of overcoming some of the dismay that beleaguers us as a people and as a society of different cultural people.

As we draw and pulldown from our ancestors, let us remember to not hold on to the wisdom and strength that they have left us with, but to share it and pass it on to others, especially our youth.

In a country where 6.1 million people, including one in 13 Black adults have been disenfranchised because of felony convictions, we are still fighting for rights.

Systemic racism, poverty, and ecological devastation are crippling us! Our democracy is under attack, flamed by a growing anti-immigrant reaction in the form of racial intolerance on undocumented immigrants. Since 9/11 we have been led to believe that immigrants make our country unsafe and limit our jobs and resources to Americans.

We have a community where almost 99,000 citizens, 42 percent, are living at the poverty rate. 56 percent are Black and 37 percent are White and all are being poisoned by their water system.

Speaking truth to power: poor people in the United States are poor for the reason that the prosperity and possessions in our country belong to a small number of rich people while federal programs are designed not to meet the needs of the poor.

Everybody has the right to live. The U.S. Constitution was established to “promote the general Welfare and secure the Blessings of Liberty to Ourselves and our Posterity.”

We are a country filled with leaders and followers afflicted with moral justification. I defined that as people who have justified their disinterest, which, when revealed, shows coldhearted conduct made to look normal as some ethical resolution.

Our country appears to deal with its poor people by locking them up. We have the highest incarceration rate in the world. Poor communities, especially communities of color, are being locked up, sent away and killed by law enforcement. Equal protection under the law should be an immutable right shared by all citizens, including the right to move freely without bullying, imprisonment, exile or death by law enforcement, employed for all of our protection.

Fifty years ago, the Rev. Dr. Martin Luther King, Jr. and many others called for a “revolution of values” in America. They invited people who had been divided to stand together against the “triplets of evil”—militarism, racism, and economic injustice—to insist that people need not die from poverty in the richest nation ever to exist. They sought to build a broad coalition that would audit America. Together, they would demand an accounting of promissory notes that had been returned marked “insufficient funds.” Today, that effort is still incomplete.

In the words of Maulana Karenga in the Tamishi La Tutaonana(The Farewell Statement) of Kwanzaa: ‘It is only appropriate that we end with the tamshi la tutaonana(TAMM-shi la Tu-ta-u-NA-na). For it is a clear and concise statement of values and vision we must cherish and maintain if we are to liberate ourselves and reshape reality in our own image and according to our own needs and interests.

Strive for discipline, dedication and achievement in all you do. Dare to struggle and sacrifice and gain the strength that comes from this. Build where you are and dare to leave a legacy that will last as long as the sun shines and the water flows.

“As a new day dawns and awakens me, my fears are casted on the far horizon of which I cannot see. My fears and I are so separated because God so loves me.”– Bobby R. Henry

Happy Birthday Dr. King: The dream of one America

It is with profound pride and sincere humility that the Westside Gazette Newspaper trumpets and indorses the vision, life, inheritance, and the spirited leadership of the Rev. Dr. Martin Luther King, Jr. Happy Birthday! […]

Where are our culturally sensitive Black people?

Where are our culturally sensitive Black people? […]