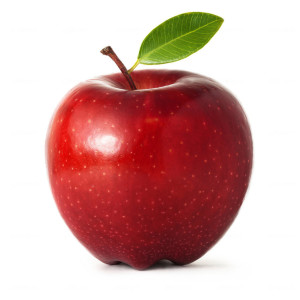 Last of a 3 Part Series

The harassment went even further when her bullies set their eyes on her teaching license. One of the most effective ways to diminish a teacher’s professional value is through BCPS’s Teacher Evaluation system, simply nicknamed “Marzano”.

Teachers complain bitterly about the Marzano Art and Science Teaching Evaluation model. Created by Robert J. Marzano, a leading educational researcher, the model was adopted by BCPS in 2011 in an effort to assist teachers in “developing their professional expertise”. Unfortunately, the model goes beyond professional development and growth and directly affects a teacher’s salary or standing in a school.

New teachers are typically evaluated twice a year while veteran teachers are evaluated only once a year. The school’s administrators observe an entire lesson and score in a variety of categories and domains, such as communicating learning goals and student engagement. Teachers are then placed in one of three categories: highly effective, effective, or ineffective. An ineffective rating can be a nail in an educator’s professional coffin.

“The evaluation is too arbitrary,” said Anna Fusco, President of the Broward Teachers Union, “Scores are based on observations by administrators and if you are already in a tense relationship with him or her, they can manipulate observation results to say whatever they want. It can be used as a tool to destroy your career.”

“Broward County Public Schools is committed to having a fair and equitable evaluation system for our educators that meets all FOE requirements,” the district states, “Florida School and District administrators are required to attend five days of training and master two assessments prior to having access to observe and evaluate teachers.”

This is not a guarantee, however, that administrators remain objective during their observations. In fact, many teachers accuse their administrators of doing the exact opposite, interjecting personal history into a highly important process that determines their career trajectories.  This is what Dr. Bentley claims happened to her. Despite being an accomplished educator with over 22 years of teaching experience, Bentley dramatically dropped two levels from Highly Effective to Ineffective with one observation.

“I have always been highly effective,” claims Bentley “They misevaluated me and made untrue accusations that insulted by character and my profession.”

Bentley attempted to fight back, requesting a meeting in order to gain clarity on the low rating and to stall the dreaded Professional Development Plan (PD), a performance monitoring plan that connects struggling teachers with mentors to help guide and address issues brought up during observations. It is an insult to an educator with decades of experience.

“I believe my scores were intentionally sabotaged to get me on that plan,” Bentley said.

“It is not uncommon for administrators to place teachers on the performance plan prematurely,” explained Martin Powell, Director of Legal Services at the Florida Educator’s Association, “Once placed on the plan there’s no way of getting off and it marks you as a problem employee. It can be extremely stressful.”

Bentley attempted to take her concerns to the district level, meeting with Director of Evaluations, Heather Parente, and Principal Hall, but it was not productive. Bentley was told her scores will remain the same. According to Bentley, when Parente asked Hall what her proposed next steps were, Hall responded: Termination.

“I was shocked,” Bentley said, “I looked up to Teresa Hall since I was kid and she knew I loved the children and what I did. She allowed her assistant principal and athletic director to harass and mistreatment me. She did not stand up for me at all.”

Bentley admits she realized a resolution seemed implausible and her career was on the line. Despite loving the children at West Broward High, she decided it was time to transfer.

“I requested a transfer but I was not allowed to leave,” Bentley explained, “The administration kept me at the school in order to build a case against me and validate the drop in my score. I was still being harassed and targeted by my department head. I was miserable.”

Martin Powell admits this, too, is not uncommon.

“Once you are marked as problem employee, administrators want you terminated,” he said, “They will start making up things to get you fired. They often offer resignation or create an environment so toxic that you would want to resign. It is hard to go back on resignations as a teacher. It places you on a sort of ‘do not hire’ list and you can be essentially blackballed in the district.”

That was a risk Bentley was willing to take. Her family, concerned about her mental and physical safety, called the police who arrived at West Broward with dogs to escort her off the campus. She subsequently resigned.

“I felt forced to resign,” Bentley said, “I was threatened that if I didn’t they would come after my license.”

Bentley again reached out to the district to voice her concerns and to file a complaint in an attempt to restore her score and assume a new position with another school. She was met with silence.

“Robert Runcie and the board never heard my testimony.” She said, “I reached out to Rosalind Osgood and heard nothing back. I felt defeated and helpless. I taught and gave them my heart and when I needed the district’s support, they sided with administrators.”

Bentley, who was also coerced into retiring early despite not being ready, has still been unable to find employment and believes she has been blackballed throughout South Florida.

“No one wants to hire me,” she said, “I almost got a job but when they found out I was forced to resign they rescinded the offer. Red flags go up everywhere. I do not deserve this kind of treatment. They should be forced to give me back my job with back pay and my retirement checks.”

There is hope. In May the 4th District Court of Appeals ruled in favor of Steven Yerks, a former math teacher at Boyd Anderson High, who was wrongfully fired by BCPS in 2014. The court ruled administrators “botched” Yerks evaluation and used the results to justify termination. BCPS must now rehire Yerks and pay him three years of back pay. The judge on the case accused the evaluation tool as “powerfully flawed”.

Bentley has attempted to move forward with her life despite a destroyed teaching career. In addition to grievances regarding the damage done to her credentials, Bentley is attempting to receive workers compensation for the 14 injuries sustained as a BCPS physical education teacher. The district offered her only $1,500 dollars. She does not have health insurance.

“I’m in constant pain from these injuries,” Bentley admitted, “I am not able to move in certain positions without pain and the entire left side of my head and body is numb from a blow to head from a student with a hockey stick in 2014. My neurologist could not believe I had been in this condition for so long. The district’s workers compensation doctor swears these injuries do not exist, but I feel them everyday.”

One could simply diminish Yvonne Bentley’s story to typical workplace drama and the often-strained relationship between workers and their bosses; however, stories of bullying and harassment by administrators and district employees are all too widespread to ignore. Teachers trade stories of working under “bad administrators” with unrealistic demands who exhibit bullying, unprofessional, and spiteful behavior. Other teachers, concerned with their own standing, often join in on the fray, targeting their co-workers in an effort to keep their own jobs. Depending on the school, the environment can be extremely toxic.

What is even more important to consider is the effect a negative culture can have on the students. Children notice. They recognize mistreatment, tense relationships, and disagreements. They can spot hypocritical denunciations of bullying and they know when administrators and teachers lack genuine concern for their academic and social development.

What is there to gain when experienced educators who actually love and are committed to the teaching profession are ousted due to personal, petty squabbles and personality clashes? Yes, an administrator gains a fresh, inexperienced individual who is easier to mold and possibly manipulate, but the children lose out on a teacher that could enrich their schooling experience and spark a love for learning. Given the dire state of our public educational system, this is certainly needed.

“I hope my story encourages teachers to come forward and speak out against the lack of professionalism some of our district’s leadership exhibit,” Bentley said, “Maybe someone will finally hear us and stop the unjust and unethical decisions made by school leaders. Our children deserve teachers and administrators who won’t prostitute the system for self-gain and unlawful promotions. It’s all about the children.”