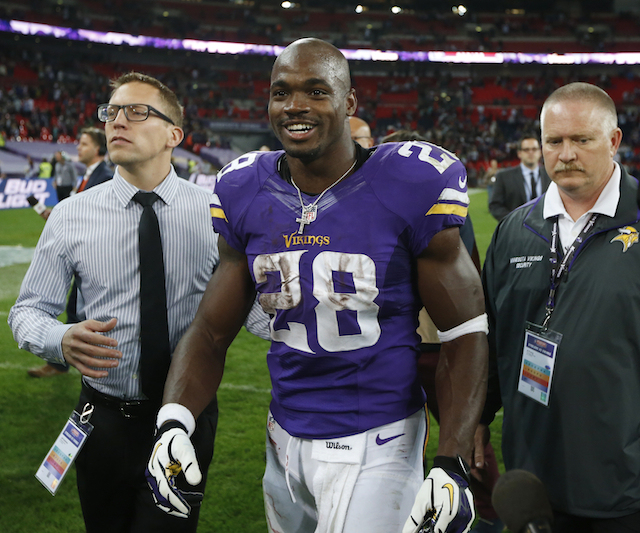 http://grosirrumahan.com/pusat-grosir-gamis-balotelli-motif-dewasa-murah-surabaya-55ribu.html For Peterson’s teenage years, his father was in prison. He grew up poor in east Texas. Shortly before the Minnesota Vikings drafted him in 2007, a half-brother was shot and killed.

http://dynamotaxi.com/?x=Buy-Prescription-Drugs-Online-Xanax http://naturesown.co.za/product/alzheimex-60-capsules/?add-to-cart=22797 Long before Peterson began running through the NFL record book, he learned to turn tragedy into fuel for an exceptional career. Football has always been his escape, and now he’s dealing with more off-the-field strife.

One of Peterson’s sons, a victim of alleged child abuse, died Friday of severe head injuries suffered in the attack. The man charged in the case, Joseph Patterson, was home alone with the 2-year-old boy Wednesday and called 911 to report he was choking, according to police. Patterson was the boyfriend of the child’s mother.

Buy Xanax From China Peterson missed practice Thursday to be in Sioux Falls, S.D., where the boy lived with his mother and Patterson. He returned to the Vikings on Friday.

http://bandarbaju.com/pusat-grosir-baju-tunic-raisa-anak-perempuan-murah-surabaya-rp-17-500.html http://dynamotaxi.com/?x=Can-I-Buy-Xanax-Over-The-Counter-In-Canada “Things that I go through, I’ve said a thousand times, it helps me play this game to a different level,” he said after practice, about an hour after the child’s death. “I’m able to kind of release a lot of my stress through this sport, so that’s what I plan on doing.”

http://learnwithojo.com/wp-cron.php?doing_wp_cron=1580919648.5492670536041259765625 Twitter has been filled with public condolences for Peterson and his loved ones. From LeBron James to Barry Sanders to Josh Groban, his peers, opponents and admirers expressed their sadness and support.

Xanax Order Online Legal “Praying for you and your family. May God give you the strength,” tweeted New York Giants defensive end Justin Tuck, whose team plays the Vikings on Oct. 21.

http://learnwithojo.com/product/dinoage/?add-to-cart=3896 Peterson’s relationship with the dead son was not known publicly, but the boy did not carry Peterson’s name. Peterson has another son, Adrian Jr., who lives with him, he confirmed on Twitter on Saturday in attempt to clarify his family situation.

Buy 1000 Xanax Bars “He’s a wonderful human being,” said Oklahoma coach Bob Stoops, who coached Peterson in college. “He’s a very faithful, strong, Christian guy that we all dearly, we all love him. We’re all there for him. Incredibly tragic event. He’s a great a kid, a great man, a great kid when I had him.”

http://boldmarketing.com/listing/1208-emerson-court-burnsville-mn/ Can You Buy Xanax In Stores Adrian Peterson Jr. showed up at training camp this year and posed for pictures after one practice with his dad. Peterson also has a daughter; he tweeted last month about how she teased him about Minnesota’s loss that afternoon to Cleveland.

“So my daughter is laying here under me and just out the blue she says … I can’t believe you lost to the Browns Daddy!” Peterson posted Sept. 22.

Xanax Generic Online Peterson’s half-brother, Chris Paris, was killed in Houston the night before the NFL’s scouting combine, where Peterson and the rest of the draft prospects worked out for all 32 teams. After wondering whether he could find the strength to participate, he remembered Paris’s recent encouragement to him to represent his hometown of Palestine, Texas, well with a strong showing there in Indianapolis.

Generic Alprazolam Online Xanax Online Next Day Delivery That day was hard, but growing up might’ve been ever harder.

Peterson’s dad, Nelson Peterson, was sent to prison for drug dealing when his soon-to-be-famous son was 13. Six years prior to that, Peterson’s brother, Brian, who was 11 months older than him, died in front of him in that horrific car-bike crash. The two Peterson boys were tight.

So after all that, then came the latest sorrow. Peterson was surrounded by a swarm of media members, cameras and recorders in a three-deep half-circle in the Vikings’ locker room Friday. He was asked how he has dealt with such adversity.

Online Xanax Prescription Doctors “Just staying prayed up. One thing I always bounce back to is that the good Lord never gives you more than you can bear, than you can handle. So I’m built tough,” he said.

His teammates didn’t have to be reminded about that.

Online Alprazolam Prescription “Our thoughts and prayers are with him and his family. We’re there for him with whatever he needs and try and help his morale and be there for him,” fellow running back Toby Gerhart said.