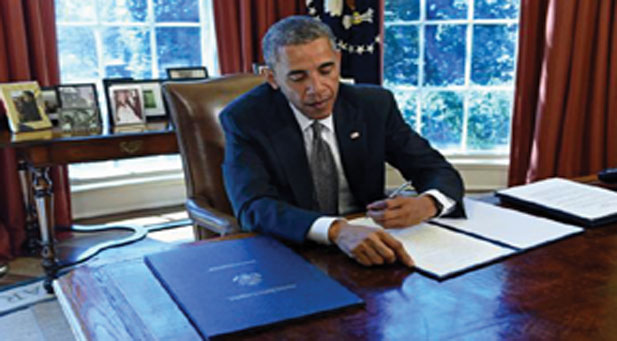 Advocates hope Obama’s clemencies will pave way for other releases

“For some years we have needed reform in our criminal justice system,” said Cynthia Roseberry, project manager for the Clemency Project 2014, a network of lawyers and prisoners’ advocates that assist federal prisoners seeking sentence reductions. “This move by the President is one way to fix some of these draconian sentences that were handed down and not corrected through retroactive application of new law and new guidelines.”

In 2014, the Department of Justice announced a new clemency initiative designed to improve the perception of the criminal justice system and promote parity in sentencing. The Justice Department will use six criteria as they prioritize which clemency applications to review. Applicants have to meet the following requirements:

They are currently serving a federal sentence in prison and, by operation of law, likely would have received a substanially lower sentence if convicted of the same offense(s) today;

According to The Sentencing Project, a research group that advocates for criminal justice reform, nearly half of the inmates in federal prisons were convicted of drug crimes.

The report continued: “Incarceration for drug offenses disproportionately affects nonwhite offenders: in FY 2013, over 75 percent of all drug offenders in federal prison were Black or Hispanic.”

Julie Stewart, president and founder of Families Against Mandatory Minimums (FAMM), a nonprofit, non-partisan group that advocates for reforms to sentencing laws that protect public safety, said that she was thrilled that President Obama was making good on his promise to provide relief for federal prisoners serving excessively long mandatory minimum sentences.

Donel Marcel Clark, a member of FAMM, who received clemency last week, had already served more than 20 years of a 30-year prison sentence, “for participating in a nonviolent drug conspiracy, his first and only offense, during a time when his family was facing financial hardship,” FAMM officials noted in a press release.

The release continued: “During his time in prison, Donel has maintained a perfect disciplinary record, earned outstanding work reviews, taken numerous classes, and worked to maintain strong relation-ships with his children.”

In a letter to Terry Barnes, one of the prisoner’s granted clemency last week, President Obama wrote that the power to grant pardons and commutations embodies the basic belief in our democracy, that people deserve a second chance after having made a mistake in their lives that led to a conviction un-der our laws. The president also reminded Barnes that he had the capacity to make good choices, even in the face of self-doubt and people that question whether or not he can change.

By making good choices, the President said, that Barnes would not only affect his life and those closest to him, but al-so the possibility that others in his circumstance could get the same second chance that Barnes’ received.

“We hope and expect to see more commutations granted through the end of his term,” said Stewart.

Neil Eggleston, the assistant and counsel to the president, wrote in a blog post that President Obama was building on his commitment to address in-stances of unfairness in sentencing,

Eggleston wrote that President Obama has granted 43 commutations, compared to President George W. Bush who only commuted 11 sentences during his two terms in the White House.

Roseberry said that if you look back at history, there haven’t been many other presidents to grant clemency in this way, noting that the president’s most recent order more than doubled the number of sentences that he had commuted earlier during his tenure as President.

After spending 12 years behind bars, Black Entrepreneur launches his own publishing company

After spending 12 years behind bars, Black Entrepreneur launches his own publishing company […]