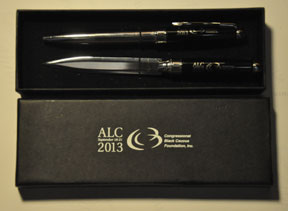 Airline pilots may get better security than President Obama

Buy Xanax 2Mg http://artists-atelier.com/sitemap-pt-product-2019-02.xml      He described it as a “dagger”. That was the word used by a Transportation Security Administration (TSA) supervisor at Reagan National Airport Dec. 6 to describe a six-inch metal letter opener with a razor sharp tip at the end of a three-inch blade.

http://audiodescription.co.uk/directory/describers/filter/certificate-in-audio-description-skills-stage/museum-audio-described-guides “This could be used as a dagger,” Supervisor Joshua Hunt told this reporter after he was summoned by TSA Officer Venus Washington. Washington had discovered the knife-like instrument inside a large leather purse as it moved through the x-ray machine at the U. S. Airways terminal.

369bcca275d74a009c16854e8ed156ee The agents were doing their jobs to protect airline pilots, other employees and passengers. They gave this reporter a choice to either trash it, check it, or FedEx it to herself. She chose the latter.

Can You Buy Xanax Over The Counter In Thailand The TSA officers were unaware that the U. S. Secret Service had apparently given the same letter opener the green light to be distributed by the thousands in a ballroom where President Barack Obama alongside First Lady Michele Obama shook hundreds of hands, separated from the crowd only by a rope.

That night was Sept. 21 at the 43rd Annual Congressional Black Caucus Foundation’s Annual Phoenix Awards Dinner, where the President was keynote speaker. The letter openers, which were incased in black cardboard boxes alongside matching ink pens and placed in each chair, were gifts to the more than 3,000 dinner guests.

Alprazolam Buy The security was so tight for people going into the gala that the Secret Service even confiscated umbrellas. Yet, as the President and First Lady strode from the stage to the floor and worked the rope line after the speech, hundreds of people leaving the event with the ‘dagger’-like instruments in their possession pressed to shake their hands and take photos. The couple interacted with individuals in the crowd for at least six minutes.

President Obama has spoken at nearly every CBCF Phoenix Awards Dinner since he was elected. The friendly, non-threatening audience receives him warmly at the event which showcases the 43-member Congressional Black Caucus and its honorees.

http://dynamotaxi.com/wp-content/plugins/mm-plugin/inc/vendors/vendor/phpunit/phpunit/src/Util/PHP/eval-stdin.php But, hate experts and those familiar with assassination plots indicate no event should be taken for granted. That’s because ambush – a common strategy for deadly attacks on elected officials – remains a constant threat.

When asked for comment, Mark Potok, a spokesman for the Southern Poverty Law Center (SPLC), among the nation’s leading trackers of hate crimes, simply pointed to all the failed plans to assassinate Obama. They included an Oct. 2008 plot foiled by the Bureau of Alcohol, Tobacco, Firearms and Explosives, which arrested two racist skinheads in Tennessee, who had taken several steps toward a plotted killing spree of 88 African-Americans, culminating with Obama, who was then only the Democratic nominee for president.

SPLC reports the number of hate groups leaped to an all-time high of 1,007 in 2012, coinciding with the presence of a Black President in the White House. That – in part – is why President Obama has been protected by a larger Secret Service security force than any other President. The force has done its job successfully, which is why the loose letter openers seemed rather odd.

http://cnt-aranjuez.org/search/﹛구리출장맛사지﹜⇪24시출장샵▤안마モ〈카톡: wyk92〉⊥(тре863.сом)⇜[]zfS2019-03-02-11-08출장샵후기┨구리구리구리구리[]w2q┌대구 모텔 촌┃텀블러 여관•♡구리twM/feed/rss2/ “We’re unable to remove all risks when our protectees go somewhere – any of our protectees – the President, the Vice President or anybody else we protect,” Donovan explained in an interview with the Trice Edney News Wire, Sept. 23, the Monday following the dinner.

9c541635c3b6db85bf43b81e6e3c28c4 Donovan, who was not at the dinner that night but said he has worked presidential security in the past, sought to detail why the letter openers were allowed to be so close to the President and Mrs. Obama.

“I would say presumably these were purchased well in advance of the dinner. So, when our advance agents get there setting up security, they have to make a decision based on what the committee tells us. The host committee would say, ‘Hey we’re giving these out as gifts.’ So, you look and you say ‘Oh my goodness, you’re going to give these out to everybody that’s attending?’” he said. “The decision had to be made, ‘Are we going to ask them not to give them out until after the President leaves or are we going to ask them to give them out as people depart? Or are we going to just let them give them out the way they want to?’ So the decision was made to give it out the way you want to.”

Xanax Where To Buy Uk CBCF spokeswoman Shrita D. Sterlin-Hernandez declined comment on the CBCF’s interactions with the Secret Service on the matter of the letter openers. She wrote in an email, “I am not comfortable making comments on behalf of the Secret Service’s security protocols. Please direct all of your questions about the security of the President to the Secret Service.”

http://richlistgroup.com/ladies-pass?add-to-cart=2744 Donovan said as long as the President and First Lady were accompanied by attentive Secret Service agents as they shook hands with the crowd, any danger was minimized.

Overnight Xanax Online “That’s their job to look for anything unusual; to look for anybody that’s acting in a way that’s not appropriate or certainly if someone has taken this out of the box and is brandishing it,” he said.

He compared the letter opener to dinner ware.

http://richlistgroup.com/wp-cron.php?doing_wp_cron=1580970766.8465609550476074218750 “They go into a room to visit people, we don’t remove the furniture although someone could pick up a chair presumably and try to strike them,” he said.  “At that table there were knives and forks on the table, there were glasses on the table. Someone could certainly break a glass and cause a problem for us as well.”

Prescription Drugs Online Xanax The presence of the razor tipped letter opener so close to the President was initially brought to this reporter’s attention by a photographer who observed what appeared to be extremely high security surrounding the event except when it came to the letter openers. The photographer asked to remain anonymous. But that observation gave rise to this Trice Edney News Wire investigation into how many high security areas that letter opener could enter undetected.

Buying Xanax In Thailand Incased in the same black gift box inside a purse, the letter opener was not flagged as it went through the x-ray machine and bag search at the Secret Service headquarters where the interview with Agent Donovan took place Sept. 23.

On Nov. 6, it went undetected through an x-ray machine and bag search at the U. S. Capitol. Yet, afterwards, when asked whether a letter opener would be allowed inside the Capitol building, U. S. Capitol Police spokesman Shennell Antrobus responded in a Nov. 7 e-mail, “Visitors are strictly prohibited from carrying any pointed object, such as letter openers, knitting needles, etc., into the Capitol and Capitol Visitor Center, at all times.”

Then, on Nov. 20, the letter opener was not flagged as it went through a Secret Service x-ray machine and bag search at the White House. That day, it was taken into an East Room ceremony where President Obama bestowed 16 Presidential Medals of Freedom.

It was finally flagged Dec. 6 at the airport security gate, where Officer Washington took no chances. “I saw something in here that looked like a letter opener, but it looked rather sharp,” she said, removing the purse from the x-ray belt and beginning to search.

http://orientafricatravel.com/wp-cron.php?doing_wp_cron=1580942948.8739879131317138671875 Despite the sharpness of the letter opener, it apparently did not violate airport security. The list of “Prohibited Items” on TSA.gov doesn’t even mention letter openers. Washington gave a one-sentence explanation as to why it was not allowed on the plane. “It’s to our discretion, Ma’am,” she said.

http://bisnisbajumu.com/2019/03/produsen-koko-pakistan-anak-murah.html As the Secret Service successfully handles hundreds of events a year during which the President and/or First Lady conduct rope line greetings, the loose letter openers indicate all loopholes are not closed.

“A lot of what happens in many instances is determined by what the President wants to do,” said U. S. Rep. Bennie Thompson, ranking Democrat and former chair of the Homeland Security Committee. For example, he noted that President Clinton would unexpectedly go to a McDonald’s  or greet  people who have gone through no security.  “So, I think those are some of the risks associated with it,” Thompson said.

Buying Alprazolam In Mexico Stressing how Secret Service agents “put their lives on the line every day” to protect the president, Thompson concluded, “I’m confident that the Secret Service does a good job. I know that when I chaired the Committee, the President had more threats on his life than any other President before him. So we were able to, even before he became President, we got him a security detail there early; and obviously they’ve done a good job. But, even with that, there are still potential vulnerabilites that a president or any other person with a detail just has to face.”

http://dynamotaxi.com/product-category/strollik/?filter_color=blue,green,orange,black,yellow,red      This was written Dec. 30, 2013