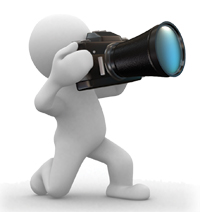 Growing the Voiced of Our Future

The Westside Gazette Newspaper is honored to feature these editorial contributions made by local students.

Ballin’ On A Budget

On Sunday, October 14, at Walker Elementary NMOBC had Ballin’ On A Budget where the teens learned about how to budget their money. They were put into the role of adults and picked their careers. The occupations were a cosmetologist, an engineer, a lawyer, a store clerk, a nurse and more. After you picked your career, you would then pay tithes. For example, I was a lawyer that made $7,000 a month. So, I paid $700 for tithes; however, they had extra things that you could give to the church. They asked you if you wanted to give to the Bahamas, the Gala, the church anniversary, the First Lady’s Birthday, and the Pastor’s birthday. I ended up giving the church $900 in total. Then, you go to entertainment (traveling, restaurants and sports). In this area, you got to pick how much you wanted to spend on traveling expenses a month. I said $2000 at first because I didn’t know it was a month. I thought it was how much you would spend a year. So, I changed it to $100 a month because I didn’t want to spend too much on traveling a month. After that, you went to education. You had to use a student loan; however, this depended on the occupation you were pursuing. Since I was a lawyer, I had to pay $555 towards student loans. The next area was transportation. In this area you had to pick the car that you wanted to have. I wanted a Mercedes G Wagon, but it was $700 a month, and I did not want to spend that amount on a car. So, the next car I wanted was a Jeep Cherokee, which was $468 a month. When you were finished with this station, you went to housing. In this station you had to pick if you wanted to live in an apartment, a house or a studio. I picked a one bedroom apartment because it was the second least expensive at $1300. Then, you had to pay BILLS. I ended up spending $320 on bills. In total, I spent $1620 on housing. The last station was family. You got to pick how many children you wanted. I said two children. I had to pay for their clothes, medicine and daycare. I spent $1800 on family. What I learned from this station is that CHILDREN ARE EXPENSIVE. After that, you went to Dr. Philip Patterson who calculated how much you spent in total. I had $1300 left in the end. This activity was very important to me because I learned how to ball on a budget.

On October 5, 2019, I was able to attend homecoming at Alabama A&M University. It was my first time experiencing a Historically Black College University homecoming.

I had never seen a HBCU band  perform live before.

I believe it is very important for African Americans to be able to have the HBCU experience because you create special bonds with your own race. You become like family and have lifelong relationships with people.

When I was watching the game with my friends and family, it was really fun and I enjoyed the whole experience from tailgating, the skybox, the game, the band, and all the fun.

Do you know a young person interested in photography or journalism? We’d love to have them on our team. E-mail: brhsr@thewestsidegazette.com