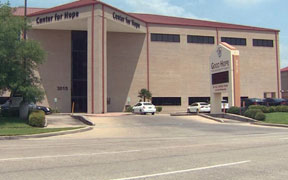 By Jeffrey L. Boney, Special to the NNPA from the Houston Forward Times

This past Thursday, the Houston Independent School District (HISD) Board of Trustees voted to terminate the charter school contract for Hope Academy – an external charter school that has contracted annually with HISD to provide educational services to at-risk youth in grades 9-12

The termination will take effect at the end of the month, which is when the contract was set to expire anyway. The decision to terminate the charter school contract has become a major issue for many parents and community activists, who believe Hope Academy, should remain open.

As the Houston Forward Times (HFT) has been reporting, there have been a number of troublesome news stories and scandals that have popped up concerning HISD – one of the most troublesome being massive grade-changing stories. The HFT called for a district-wide audit of HISD to be per-formed in order to uncover any areas that may have negatively impacted the African American community and the district as a whole. This action should be included.

Founded by Dr. D.Z. Cofield in August 2009, Hope Academy has an enrollment of 136 students and is operated by his church – Good Hope Missionary Baptist Church in Houston’s Third Ward.

“The HISD School Board voted to not extend a contract to Hope Academy Charter School to serve as an external charter for the 2015-2016 school year,” said Dr. D. Z. Cofield, CEO Hope Academy. “While we are disappointed in the board’s decision, we thank the HISD School Board and the Superintendent for the opportunity to partner with them in educating highly at-risk students since 2009. This experience has reaffirmed our belief in the power of a meaningful partnership between communities and schools. Our commitment to educating students and empowering families is unwavering and we will continue to work with highly at-risk students to help them find paths to positive living through creative, interventional, educational strategies.”

As a result of the internal review, administrators determined that only 2 of the 21 seniors expected to graduate were eligible as of May 29, 2015. Since that initial finding, 8 more students were deemed eligible after completing additional assignments.

The decision to completely sever ties with Hope Academy is seen by many as discriminatory, because the decision is far different than the way HISD has handled other HISD schools that have experienced similar allegations and irregularities – such as Westbury High School, who had to fire their principal because of it. They did not vote to close the school however.

At the HISD board meeting this past Thursday, HISD Trustees continued their discussion about Hope Academy – a week after the issue was tabled at the board meeting the previous Thursday.

The way it went down was surprising to many. Only four HISD Trustees cast a vote on the matter, and none of the four votes were from the African American members of the board. Wanda Adams left early without voting, Paula Harris decided to abstain from voting and HISD Board President Rhonda Skillern Jones had to leave early because of a prior commitment.

Skillern Jones states that Superintendent Terry Grier and his administration put the item on the agenda to close Hope Academy, and it only takes three board members to vote to keep in on the agenda without the consent of the HISD Board President.

“I was PRESENT to cast my vote on the day it was supposed to be cast,” said Skillern Jones. “The vote got pushed to next week and not by me. The item was tabled and I could not change the meeting I had planned beforehand.”

The vote was three to one to close Hope Academy, with the only “NO” vote coming from former board president Juliet Stipeche.

Many activists and community residents believe the Black community, and its historical, cultural and economic roots are under attack. Traditional African American schools are being closed at an alarming rate and parents are being forced to bus their children to schools outside of their neighborhoods to receive a quality education.

Something must be done to save what’s left of traditional Black schools. The HFT will keep you posted on any updates involving the fight to reverse the decision to close Hope Academy.

‘It all starts with God’

‘It all starts with God’