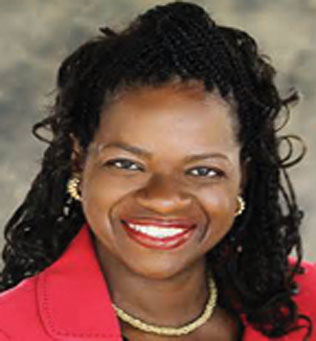 WASHINGTON, D.C. (NNPA) – Barbara R. Arnwine does not back down from a fight. After the U.S. Supreme Court issued a series of rulings that limited the rights of employees to sue their employers for discrimination, she was a key player in a coalition that effectively reversed the rulings by persuading Congress to pass the Civil Rights Act of 1991.

When many members of her own staff at the Lawyers’ Committee for Civil Rights Under Law were reluctant to file suits against federal agencies in connection with Hurricane Katrina, she persisted, eventually winning a couple of landmark verdicts.

And when so-called progressive forces urged her to be quiet about voter suppression in the wake of Barack Obama’s election as the nation’s first Black President, Arnwine was not deterred, issuing a famous “map of shame” identifying the states where such activity was underway.

“She has steered the Lawyers’ Committee into a more active public policy role on a wide range of contemporary civil rights issues, including the response to Ferguson,” said Marc H. Morial, president and CEO of the National Urban League. “She has been a valued colleague, and a faithful servant. We will miss her leadership.”

Ralph G. Neas, former chairman of the Leadership Conference on Civil and Human Rights, a coalition of more than 200 organizations, said, “Bar-bara has been a tireless champion on behalf of civil rights for all Americans. Especially note-worthy were her leadership in the passage of the Civil Rights Act of 1991 and the enforcement of the Voting Rights Act.”

Arnwine started thinking a-bout retiring five years ago, but was urged to postpone her move until after the organization could get through a capital drive and observance of the group’s 50th anniversary.

“Then, of course, all the voter suppression stuff started to hap-pen. When that happened, there was no way I could go,” she said.

Energized by yet another fight, the high-energy Arnwine was the point person in the fight against voter suppression.

Morial said, “To execute the election protection effort, she marshaled countless people hours, donated by volunteer lawyers, to staff a hotline, which served as an essential tool for the entire civil rights community.”

It was her “map of shame” that riveted the Black community. In 2011, her organization produced a color-coded map of the United States detailing efforts to suppress the Black and Brown vote.

Unlike many who were discouraged by the brazen political power grab, Arnwine said as a student of history, she had come to expect such shenanigans.

“I know that you only advance when you’re vigilant and you fight constantly,” she explained. “In fact, one of the theories I talk about is that some expect Black progress to be linear when, in fact, it zigzags. We make tremendous advances and then there’s a back-lash – people fight against

“Sometimes you’re zigging and zagging at the same time. You can have a President Obama elected, in part because of the Black vote, but at the same time have voter suppression.”

A larger problem, Arnwine said, is that America refuses to address racism in a meaningful way.

“If the goal is white supremacy and Black subordination, and you don’t have the structural mechanisms built into society to destroy that imperative, then the imperative is going to operate,” she said. “The laws are helpful in fighting that imperative, but we don’t have enough structures. People are scared to fight structural racism.”

Yusuf was surrounded by people in need of better health care and sexual education. She also did her “practicum in Clarke County, Georgia, one of the five poorest counties in the nation,” she says […]