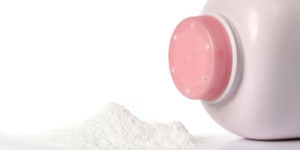 The High-Profile Attorneys Joined Forces with the National Council of Negro Women (NCNW) to Urge Minority Women to Stop Using Johnson & Johnson Baby Powder and to Reach Out Immediately for Legal Assistance, if Symptoms Arise

ATLANTA — Nationally renowned civil rights and personal injury attorney Ben Crump hosted a press conference in Atlanta on Monday, February 25, 2019, in partnership with Attorney R. Allen Smith and Janice L. Mathis, Esq., executive director of National Council of Negro Women (NCNW), the oldest advocacy group for minority women, to alert women of color about evidence that shows a direct correlation between ovarian cancer and the use of Johnson & Johnson baby powder. Attorneys Crump and Smith are joining forces nationally to represent women harmed by their unsuspecting use of the product and urge women that believe they may have been negatively impacted by the product to contact them immediately.

A Business Insider story published January 21, 2019, reported that Johnson & Johnson is currently under investigation by the U.S. Securities and Exchange Commission following concerns about the safety of the brand’s baby powder. Subpoenas were issued following a Reuters report published on December 14, 2018, that noted Johnson & Johnson had been aware of traces of asbestos, a human carcinogen, located in the ingredient talc, which is often mined near dangerous asbestos.

At the conference, Crump encouraged women of color to stop using Johnson & Johnson baby powder and to seek medical attention immediately, if symptoms are present.

“We have to protect our women of color,” Crump said. “There is evidence that Johnson & Johnson preyed on women of color while possessing scientific reports that showed a linkage between talcum powder and ovarian cancer.”

In July 2018, a Missouri jury ordered Johnson & Johnson to issue a payment of up to $4.7 billion to 22 women that claimed their ovarian cancer diagnoses were directly related to the company’s baby powder.

Smith, who is based in Ridgeland, Mississippi, has established himself as the pre-eminent plaintiffs’ attorney in talc cases. He recently was retained to represent his home state in seeking civil fines against Johnson & Johnson.

“Johnson & Johnson baby powder is just like a cigarette, as it contains multiple cancer-causing substances,” Smith said. “The carcinogenic ingredients referenced include multiples forms of talc, heavy metals and asbestos.”

Allen expressed that his team’s litigation efforts have uncovered documents that found Johnson & Johnson deliberately targeted African-American, Hispanic, and obese women to increase sales while knowing that African-American women would be prone to ovarian cancer at higher levels when using baby powder in genital areas.

Attorneys Crump and Smith are scheduled to travel throughout the United States to speak at conferences with the mission of educating women within the communities of color about this issue.