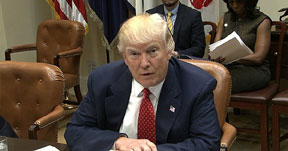 As President Donald Trump continues to make changes to the nation’s budget, his most recent cut to the U.S. Department of Education is bad news to millions of low-income students and thousands of schools around the country. Trump is planning to drastically reduce the Pell Grant Program, and totally eliminate the Federal Supplemental Educational Opportunity Grant (FSEOG) program.

Millions of students will be affected

Pell Grants are a subsidy the U.S. federal government provides for low-income students who need the financial aid in order to pay for college. Trump plans to reduce funding of Pell grants by $3.9 billion. To put this into perspective, the government spent $28.2 billion on Pell grants in the 2015-2016 academic year. This cut will affect low-income students, including people who lost their jobs and went back to school to gain new skills.

Another education grant program that got the ax is the Federal Supplemental Educational Opportunity Grant (FSEOG) program. It will be totally eliminated. This will, according to Trump, “save $732 million.” The FSEOG program is administered directly by the financial aid office at each participating school, and it is for students who have exceptional financial need. The federal government provides up to 75 percent of this money and the school provides the rest. Cutting this program will mean many of the poorest students will not be able to attend college.

Many schools depend upon grants

Both of these programs are part of an overall $9 billion U.S. Education Department cut, with the Pell grants being the largest expense in the U.S. Department of Education. In addition to affecting students, some schools will also be drastically affected. According to The Economist, 88 percent of students at New Mexico State University and 80 percent at Texas A&M received Pell grants in the 2014-15 academic year.

The cuts right now are in the form of budget proposals. Congress has the last say and can approve or reject the budget.

The border agents, presumably, are protecting all the exclusive goodies that constitute America. […]

Congresswoman Ilhan Omar addressed a crowd of black women leaders from around the country in front of the Capitol building Tuesday at a rally in her defense, following a series of right-wing attacks against her. […]